Israel military chief under fire for urging use of 'proportionate' force

'When there's a 13-year-old girl... and there is some distance between her and the soldiers, I don't want to see a soldier open fire and empty his magazine at a girl like that,' Lieutenant General Gadi Eisenkot says 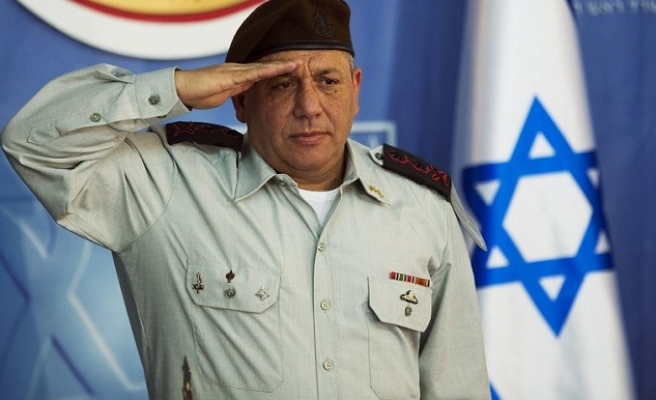 Lieutenant General Gadi Eisenkot's mother said he was destined to be a wise man, but some of Israel's rightwing politicians were not so sure after a recent speech.

The plainspoken military chief of staff, with his familiar greying buzzcut, said what in other situations may seem obvious, but it touched a nerve in Israel.

"When there's a 13-year-old girl holding scissors or a knife and there is some distance between her and the soldiers, I don't want to see a soldier open fire and empty his magazine at a girl like that, even if she is committing a very serious act," he said.

"Rather he should use the force necessary to fulfil the objective."

Many have described his comments as common sense, but the remarks were only the latest from Eisenkot to stir debate.

The 55-year-old, who recently marked a year as Israel's top soldier, has won praise from those advocating a moderate approach in the face of calls to crack down more harshly on Palestinians.

But rightwing politicians, including members of Prime Minister Benjamin Netanyahu's cabinet, have called such comments inappropriate.

The controversy has come amid violence since October that has killed 181 Palestinians and 28 Israelis.

Israel has faced accusations of using excessive force, including during an incident in November when two girls aged 14 and 16 stabbed a man with scissors.

Video footage showed the girls being shot, then a policeman running back towards one of them while she was lying on the ground and opening fire again.

Many believed Eisenkot's speech was referring to that incident.

For one of his former commanders, such comments reflect the approach of a man he calls "very balanced, never too hasty".

"He had to explain it in a very simple explanation," retired Major General Ilan Biran told AFP. "But the fact that it created a boom, that has to do with politics."

Despite recent comments, Eisenkot has at other times not shied away from threatening force.

In 2008, he warned Hezbollah that any strike by it would be met with "enormous destruction" of the Lebanese villages from where it originated.

The Lebanese armed grouop had fought a war with Israel two years earlier, and Eisenkot said in the interview with an Israeli newspaper that Hezbollah should not turn such villages into "military bases".

In a report on the 2014 Gaza conflict, when Eisenkot was deputy chief of staff, a UN commission of inquiry said both Israel and Palestinian militants may have committed war crimes, and criticised Israel's "huge firepower" that devastated the Hamas-run Gaza Strip.

For Palestinians, Eisenkot's recent remarks mean little and are unlikely to change the outlook of one of the most rightwing governments in Israel's history.

"He said something that's basic common sense and an ethical responsibility," said Hanan Ashrawi, a senior figure in the Palestine Liberation Organisation.

"I don't see why he suddenly became so great -- maybe in comparison to the political climate."

Still, supporters point to a history of what they call a balanced approach by Eisenkot, who did not respond to an interview request.

A letter he reportedly sent to Netanyahu while northern commander discouraging an attack against Iran's nuclear programme foreshadowed some of his recent comments.

In January, he said that the Iran nuclear accord reached last year held risks, but also opportunities, raising eyebrows because Netanyahu had condemned the deal as a "historic mistake".

"He's like a juggler balancing between so many conflicting interests," said Yossi Melman, security analyst for the Jerusalem Post.

"And still he keeps the balls in the air."