'If things improve with Turkey... gas could both be sold to Turkey, and to Greece via Turkey,' Israeli energy minister says 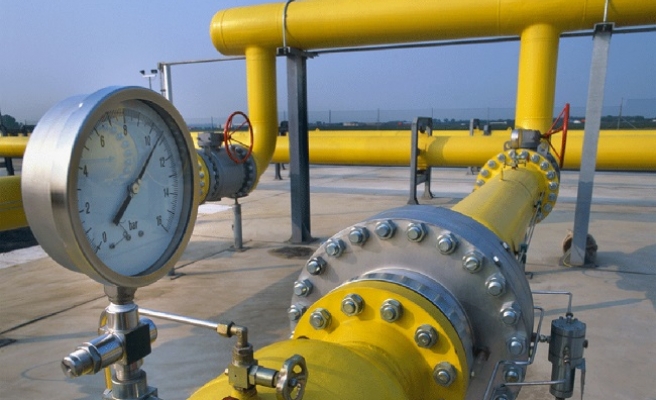 "If things improve with Turkey... gas could both be sold to Turkey, and to Greece via Turkey," Steinitz told Kathimerini daily.

Israel and Turkey have reportedly been working on a rapprochement after falling out over the deadly storming by Israeli commandos in 2010 of a Turkish aid ship.

Steinitz added: "If important reserves are discovered in Israel and Egypt, or even in Egypt, this could justify the construction of a long pipeline to Greece."

"At first we estimated that this would cost 15 billion dollars (13 billion euros), which is prohibitive. Now new estimates reduce this to around seven billion (dollars)," he said.

At a three-way summit in Nicosia last month, Israeli Prime Minister Benjamin Netanyahu said Israel, Greece and Cyprus would form a committee to study plans to build a pipeline between Israel and Cyprus and on to Greece.

Israel has been trying to extract offshore gas since the discovery of the Tamar and Leviathan fields in 2009 and 2010.

Production has begun in Tamar, but the far larger Leviathan has been hit by a series of delays and anti-trust litigation in Israel.

The size of the Leviathan field is estimated at 18.9 trillion cubic feet (535 billion cubic metres, or bcm) of natural gas, along with 34.1 million barrels of condensate.

Israel intends to export gas from Leviathan to other countries in the region, which could grant Israel strategic leverage.

The three leaders also discussed plans for an underwater cable to connect the electricity grids of the three countries.

"It is a project estimated to cost four to five billion dollars," Steinitz said.

"The connection of Israel and Cyprus by 2019 has already been decided. And then it is important to connect to Greece," he said.