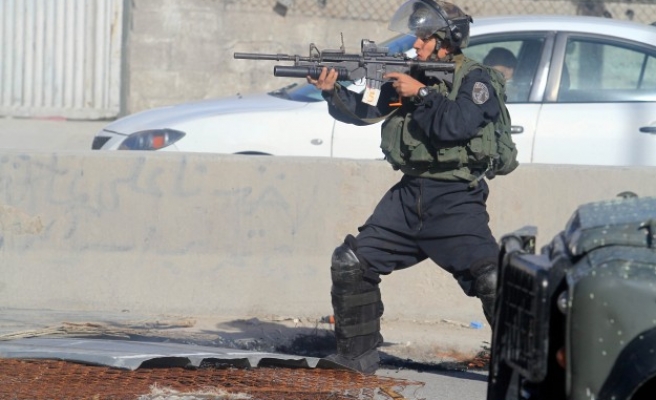 Israeli Economy Minister Naftali Bennett called for launching a military operation in East Jerusalem to root out "the source" of terrorism, an Israeli newspaper reported on Wednesday.

"We need to move from defense to attack, like we did in Operation Defensive Shield," Bennett was quoted by The Jerusalem Post as telling Israeli army radio, referring to Israel's 2002 incursion into the occupied West Bank.

"Go in with Border Police forces, make arrests, create intelligence channels, stay there on a permanent basis – not just when there's a terror attack," he said.

"Instead of just placing guards at every cafe and restaurant in Israel, at every synagogue and every kindergarten," the minister added, "we need to go to the source."

Bennett's appeal came one day after five Israelis were killed and several others injured when two Palestinians attacked a West Jerusalem synagogue. The Palestinian attackers were killed on the spot in an exchange of fire with Israeli police.

Israel's planning and construction committee in Jerusalem approved construction of the new housing units in the Jewish-only Har Homa and Ramot settlements, the latter of which lies beyond the Green Line, according to Israeli Channel 7.

Israeli media reports have said the plan is part of a larger project that aims to build 156 units in the two settlements.

Last month, the same committee approved construction of 200 settlement units – of a planned 600 – in the Ramot Settlement.

The atmosphere in the flashpoint city became even more charged last month after Israeli authorities briefly closed the Al-Aqsa Mosque compound following the shooting of an extremist rabbi in West Jerusalem.

Further enflaming the situation, a handful of Israeli parliamentarians have entered the mosque compound in recent weeks, drawing the ire of Muslim worshippers and official condemnation from Arab and Muslim countries.

Groups of Jewish settlers, too, have been forcing their way into the religious site with increasing frequency, prompting clashes between Muslim worshippers and Israeli forces.

In September 2000, a visit to the iconic holy site by controversial Israeli politician Ariel Sharon triggered what later became known as the "Second Intifada," a popular uprising against Israel's decades-long occupation in which thousands of Palestinians were killed.

Israel occupied East Jerusalem during the 1967 Middle East War. It later annexed the historic city in 1980, claiming it as the capital of the self-proclaimed Jewish state – a move never recognized by the international community.

International law views the West Bank and East Jerusalem as occupied territories, considering all Jewish settlement building on the land to be illegal.

Palestinians accuse Israel of waging an aggressive campaign to "Judaize" the historic city with the aim of effacing its Arab and Islamic identity and ultimately driving out its Palestinian inhabitants.