The Israeli government has offered $20m in compensation to the families of Mavi Marmara activists killed by Israeli commandos. 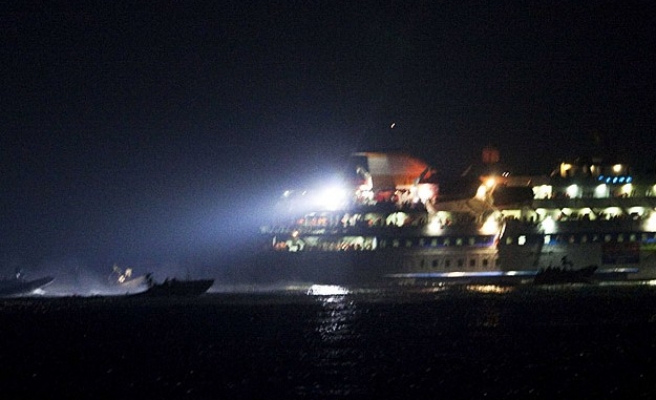 Israel has offered Turkey $20 million in compensation for the families of the nine Turkish nationals killed and to those wounded during the 2010 raid on the Mavi Marmara by Israel Defense Forces, according to Israeli media reports.

The diplomats, who were briefed on the negotiations but asked to speak anonymously, said that progress was being made but there was still no agreement.

Western diplomats told Haaretz that the Turks had demanded $30 million, which was still double the $15 million Israel was prepared to pay.

In the weeks after the negotiations, Netanyahu held several consultations with the negotiators, after which he decided to up Israel’s offer to $20 million.

Western diplomats said Netanyahu even gave the team permission to go up to $3 million higher if necessary to secure an agreement.

The money will not be paid directly to the wounded or the families of the dead. It will be deposited in a humanitarian fund and distributed to the victims in accordance with defined criteria.

Officials in Jerusalem involved with the Turkish talks refused to confirm the sums mentioned by the Western diplomats, but did not deny them, either.

They would only say that contacts between the sides were continuing, and that the outlook was positive.

For a long time, Turkey had demanded that Israel lift the blockade on Gaza as a condition for normalizing relations.

The incident happened when Israeli commandos raided the Mavi Marmara ship, which was carrying aid to the people of Gaza from Istanbul. As a result, nine humanitarian activists were killed in the eastern Mediterranean.

All nine men were Turkish citizens, with one also holding US citizenship as well. Many other civilians of a range of nationalities were also injured after being fired on with live ammunition.

All aboard the ships that were part of a joint Flotilla organized by the Turkish charity IHH were arrested and taken to the Israeli coastal city of Ashdod where they were treated badly and had their property confiscated.

The United Nations Human Rights Council said that conditions of the Fourth Geneva Convention had been violated during the raid in international waters.