Israeli officials say that warnings would be sent to Gaza residents over the phone, through media and in statements that would be thrown to them by Israeli planes. 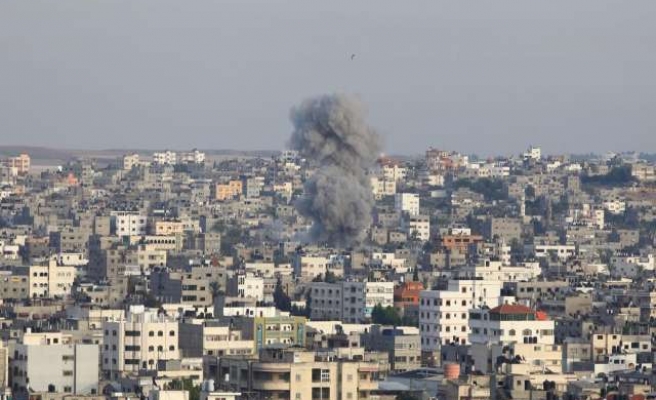 The Israeli army plans to ask Palestinians living in the northern part of the Gaza Strip to leave their homes later on Saturday, an army spokesman said.

"Statements asking the residents of northern Gaza to leave their homes for their safety from Hamas terrorism will be distributed tonight," army spokesman Avichay Adraee added on his Twitter account.

He did not, however, mention the areas that would be evacuated or whether the imminent home evacuation would pave the road for strikes against these areas.

Adraee said evacuating the homes of northern Gaza and keeping their residents away from Hamas "saboteurs" would guarantee the protection of these residents.

He described Gaza residents as "captives" of the Palestinian resistance movement Hamas.

An Israeli military source, meanwhile, told Israel Radio that warnings would be sent to Gaza residents over the phone, through media and in statements that would be thrown to them by Israeli planes.

At least 160 Gazans, mostly civilians, have been killed and hundreds injured since Monday in a series of Israeli airstrikes.