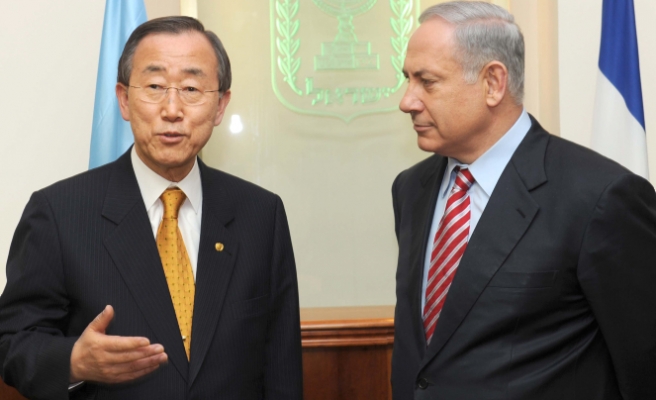 Israeli Prime Minister Benjamin Netanyahu Tuesday accused the UN chief of "encouraging terror" after Ban Ki-moon spoke of Palestinian frustration at Israel's occupation and said it was natural to resist.

"The comments of the UN Secretary General encourage terror," Netanyahu said in a statement. "There is no justification for terror."

Earlier, Ban was quoted in a UN statement as telling the Security Council of the "profound sense of alienation and despair driving some Palestinians -– especially young people" in the upsurge of violent attacks against Israelis since the start of October.

"Palestinian frustration is growing under the weight of a half century of occupation and the paralysis of the peace process," he said.

"As oppressed peoples have demonstrated throughout the ages, it is human nature to react to occupation, which often serves as a potent incubator of hate and extremism."

Violence since October 1 has killed 159 Palestinians and 25 Israelis, as well as an American and an Eritrean.

Ban condemned the Palestinian attacks, but said Israeli settlement building cast doubt on Israel's commitment to the goal of an independent Palestine alongside the Jewish state.

"Continued settlement activities are an affront to the Palestinian people and to the international community," he said.

"They rightly raise fundamental questions about Israel's commitment to a two-state solution."

Netanyahu responded that the Palestinians themselves were not working for two states.

"The Palestinian murderers do not want to build a state, they want to destroy a state and they say it out loud," he said.