Defence Minister Ehud Barak said he had instructed the Israeli army to hold a joint investigation with Egypt into the incident. 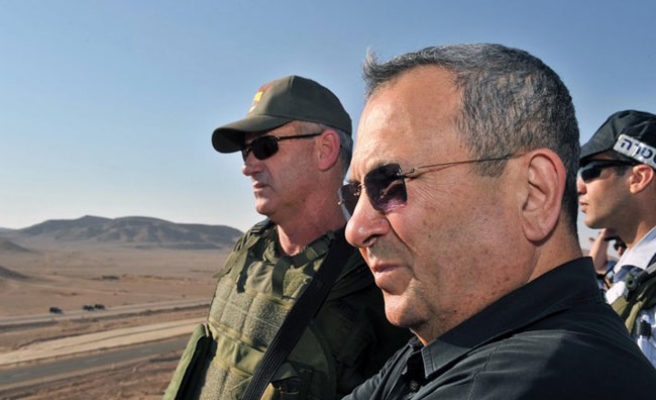 Israel regrets the deaths of Egyptian security personnel during a clash with gunmen this week, Defence Minister Ehud Barak said on Saturday after Cairo announced it was recalling its ambassador to Tel Aviv in protest.

Seeking to ease a growing crisis over the killings of the Egyptians, Barak said he had instructed the Israeli army to hold a joint investigation with Egypt into the incident.

"Israel regrets the deaths of Palestinian policemen during the attack on the Israel-Egypt border," Barak said of the five Egyptian security personnel who died in Thursday's clashes in which eight Israelis were also killed.

Barak had ordered an Israeli probe to be followed by "a joint investigation with the Egyptian army to clarify the circumstances of the incident", a written statement said.

Israel said it hoped that after Barak's comments the Egyptian envoy, who had not yet left, would remain in Tel Aviv. "We hope that the ambassador will not be recalled," Yigal Palmor, a Foreign Ministry spokesman, said. "He's still here, that's a fact."

Amos Gilad, a senior Israeli defence official, said earlier it was not yet clear how the Egyptians died.

"No (Israeli) soldier intentionally aims any weapons at Egyptian police or soldiers," Gilad said, adding that "perhaps terrorists fired at them, or something else occurred".

Egypt said on Saturday it was withdrawing its ambassador from Israel pending an investigation by the Jewish state of the border killings and demanded an apology for statements accusing the Egyptian military of losing its grip on the Sinai peninsula.

Gilad said that Israel sees its relations with Egypt, the first Arab country with which it made peace, as stable. He called its treaty a "fundamental element of existence in the Middle East".

The treaty signed in 1979 was the first of two agreements Israel has ever concluded with an Arab country. A treaty with Jordan was signed in 1994.

Egypt has withdrawn its envoys to the Jewish state in the past, notably during a Palestinian uprising about a decade ago and during a 1982 war in Lebanon.