Israel has rejected a proposal to extend by three months a settlement freeze that threatens to sink peace talks, officials close to the negotiations said. 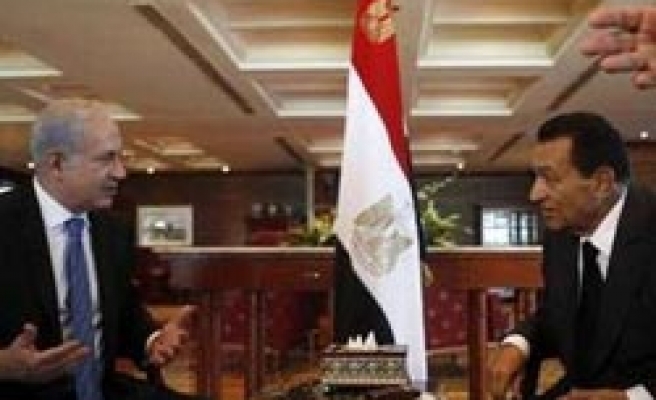 Israel has rejected a proposal to extend by three months a West Bank settlement building freeze that threatens to sink peace talks, officials close to the negotiations said on Thursday.

Israeli insist to resume the settlement buildings whit an end of temporal has posed a serious threat to the U.S.-sponsored talks.

Egyptian President Hosni Mubarak told Israel's Channel 1 television on Thursday he proposed a three-month extension of the moratorium in a meeting with Prime Minister Benjamin Netanyahu on Wednesday.

Clinton met Abbas in the West Bank city of Ramallah on Thursday in an attempt to break the deadlock.

"I spoke with him (Netanyahu) about the issue and told him to give it another three months during the negotiations," Mubarak said in an excerpt from the interview aired on Israel Radio.

He said borders of a Palestinian state could be negotiated during the extension. Israel has said such a deal could entail a land swap under which it would keep major settlement blocs in the West Bank.

Once frontier lines were agreed, Mubarak said, Israel could build within its future borders and Palestinians could do the same -- effectively resolving the moratorium issue and keeping the peace talks alive.

Officials close to the talks said the United States had made a similar proposal and Netanyahu, whose governing coalition is dominated by pro-settler parties, turned it down.

In a statement, Netanyahu's bureau said he was standing by his position not to extend the moratorium.

The settlements are on territory captured by Israeli forces from Jordan in the 1967 Middle East war and are deemed by the World Court to be illegal, a finding disputed by Israel.

Palestinians fear that settlements will deny them a viable and contiguous country.

Meeting in Brussels on Thursday, European leaders will call on Israel to extend the moratorium according to a draft of the summit conclusions seen by Reuters.

The status of Jerusalem, the fate of Palestinian refugees, the borders of a future Palestinian state and security arrangements are the main issues Abbas and Netanyahu would have to resolve to secure a permanent peace deal.

As part of U.S. President Barack Obama's drive for a wider peace between Israel and the Arab world, Mitchell planned to travel to Syria on Thursday for talks with Syrian President Bashar al-Assad and then to Lebanon to meet Lebanese leaders.