Many of the hunger-striking prisoners are suffering serious health problems, including diabetes 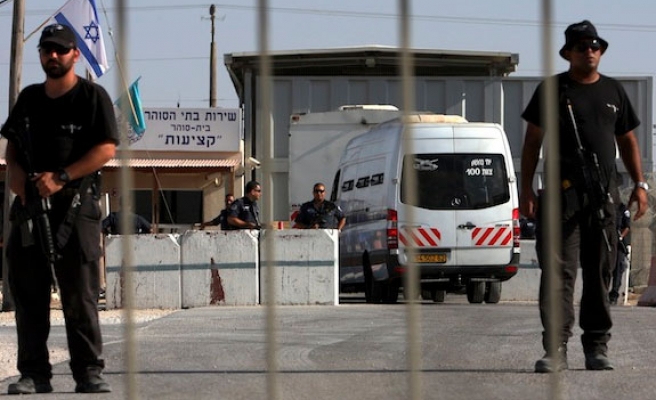 Three sessions of talks between Israeli prison authorities and representatives of Palestinian prisoners on hunger strike have ended in failure, a Palestinian NGO said on Sunday.

During the latest session, the Israeli delegates told the prisoners' representatives that their government is fed up with the longstanding hunger strike, the Palestinian Prisoners' Club said in a statement.

Some 120 Palestinian administrative detainees launched a hunger strike on April 24 to protest their continued detention by Israeli authorities without trial.

If this hunger strike continued, the delegates said, the Israeli government was ready to open a hospital for the striking prisoners, said the NGO.

"A clear warning was given to the prisoners' representatives that Israel did not care much about the death of any striking prisoner," it added.

Administrative detention is an Israeli policy under which Palestinians are held without trial, usually for security reasons.

An administrative detention order ranges from one to 6 months and can be extended till up to five years by an Israeli military court.

In a related development, the NGO said that at least 13 hunger-striking prisoners had suffered gastrointestinal bleeding, with two of them undergoing endoscopy operations.

Many of the hunger-striking prisoners are suffering serious health problems, including diabetes, the club said in a separate statement.

Eleven prisoners have stopped taking their medicine as part of their protest against their detention without trial, it added.

Around 5271 Palestinians, including 191 administrative detainees, languish in Israeli jails, according to the NGO.