Israel rejects Quartet proposal on 1967 borders as basis for 'talks'

Israel has rejected again a Palestinian proposal to begin face-to-face peace talks on the basis of a two-state solution with 67 borders, Israeli newspaper said. 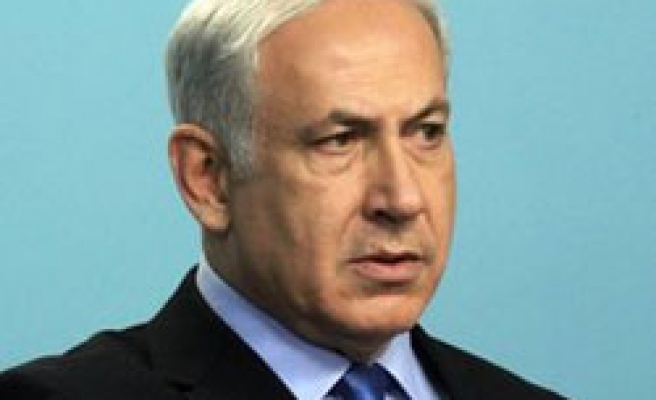 Israel has rejected again a Palestinian proposal to begin face-to-face peace talks on the basis of a two-state solution with 67 borders, Israeli newspaper reports said on Thursday.

Reports in the left-wing dailies Haaretz and Maariv said Prime Minister Benjamin Netanyahu told U.S. envoy George Mitchell on Wednesday that he wants direct talks to start immediately but will not accept any "preconditions."

President Mahmoud Abbas, following his Tuesday meeting with Mitchell, told the press that he emphasized the need to base talks on a March statement by the Middle East Quartet, which outlined its position that a future Palestinian state should be based on the 1967 borders.

Without an agenda, Palestinians say, Netanyahu may propose terms for a peace treaty that are completely unacceptable, and leave Abbas looking like a rejectionist when he turns them down.

Netanyahu spokesman Mark Regev had no direct comment on the reports, which said Mitchell's mission had "failed".

This was the proposal Mitchell took to Netanyahu, the newspaper reports said, although it is not clear whether Israel was asked to formally sign up to it or merely acknowledge it.

The Quartet statement says Israel should halt settlement building in the West Bank and reach a full peace agreement with the Palestinians within 24 months, creating a state on the basis of the borders that existed before the 1967 Middle East war.

The Palestinian source said he believed the Quartet would still issue its statement by Monday or Tuesday, giving Abbas the international backing he seeks and putting the ball back in Netanyahu's court.

Mitchell returned to Washington without divulging the outcome of his fifth shuttle since "proximity talks" began in May, after a hiatus of nearly 18 months in the peace process.

But Clinton described Mitchell's two-hour session with Netanyahu as "a good, productive meeting."

A partial 10-month moratorium on Israeli settlement building in the occupied West Bank, ordered by Netanyahu last November, is due to end on Sept. 26, posing a potentially fatal threat to the dialogue.

Members of his right-wing coalition have begun talking in the media about ways in which it might be partially extended.

Abbas flew to Cairo on Thursday morning for a tripartite meeting with Egyptian and Jordanian leaders, where he is expected to brief officials on the latest in the peace process, Maan news agency said.

Speaking with reporters on Tuesday, Abbas laid out his three requests for peace talk parameters:

First, a tripartite meeting between Israeli, Palestinian and American negotiators, where sides would jointly develop a map for the direct talks, based on a principal of a two-state solution and the boundaries as they were on 4 June 1967.

Second, Abbas said, he requested that the United States lay the groundwork for talks, and for the objectives that those talks hoped to achieve.

The final condition Abbas said he put before Mitchell, was based on a March decision by the international Middle East Quartet, and later backed by the EU, calling for negotiations on the basis of an end to occupation and respect for international laws and UN decisions.