An Israeli air force officer said that the system had had "approximately 90 percent" success since violence escalated sharply on Tuesday. 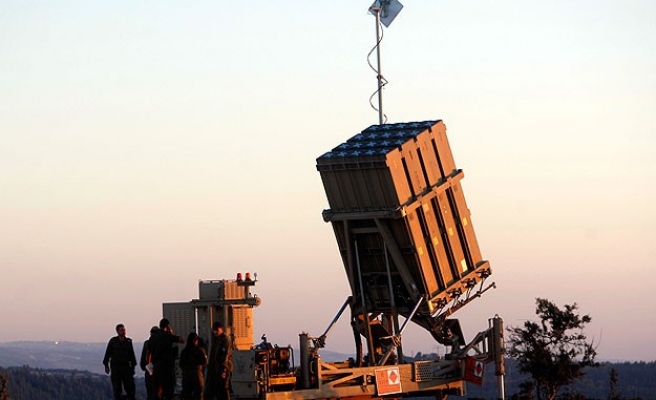 Israel's Iron Dome interceptor has shot down some 90 percent of Palestinian rockets it engaged during this week's surge of Gaza fighting, up from the 85 percent rate in the previous mini-war of 2012, Israeli and U.S. officials said on Thursday.

Seven batteries of the system, made by the state-owned Rafael Advanced Defense Systems Ltd and partly funded by Washington, have been rotated around Israel to tackle unprecedented long-range salvoes by Hamas.

Rafael said it had been working on improvements to Iron Dome, which is designed to fire guided missiles at rockets that threaten to hit populated areas while ignoring others.

There have been few injuries and no fatalities from rockets that hit towns or cities - results that also reflect Israel's extensive investment in air raid sirens and shelters.

"We've been constantly fine-turning the programming of the system, including during the fighting. Our engineers are on the ground, with the military crews, analysing each interception and making adjustments to get the best results," said a Rafael spokesman.

Uzi Rubin, an Israeli missile expert, also credited accrued experience in using the system which was first deployed in 2011.

"Iron Dome's successes are the result of a variety of factors, including practice, and the rates could get even better," Rubin said. But given the 10 percent failure rate, he cautioned Israelis against complacency, saying "Even the best-maintained car eventually gets a flat tire."

An Israeli air force officer said that the system had had "approximately 90 percent" success since violence escalated sharply on Tuesday.

A U.S. official who monitors the system's performance said of the Israeli finding: "We believe that to be very close."

Israel said that of more than 320 rockets launched from the Gaza Strip, at least 72 were intercepted while most of the rest fell harmlessly in open areas.

Iron Dome was initially billed as providing city-sized coverage against Katyusha-style rockets with ranges of between 5 km (3 miles) and 70 km (42 miles).

Elta is a subsidiary of state-owned Israel Aerospace Industries.

Since Tuesday, Hamas and other Gaza resistance fighters have launched rockets as far as 115 km (73 miles), threatening Israel's commercial hub Tel Aviv, northern Haifa port, the holy city of Jerusalem and a nuclear reactor in the southern town of Dimona.

Some of the long-range rockets have been Syrian- and Iranian-supplied M302s with 144 kg (317 lb) warheads, Israeli experts say, while others are locally made M-75 rockets with much smaller explosive payloads.

Israeli officials have warned against so-called "Iron Dome tourism", where the public, reassured by the system's performance, watch interceptions rather than taking cover.