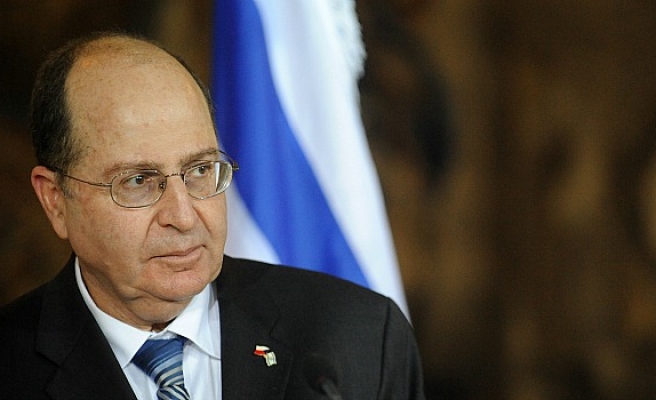 Israeli Defense Minister Moshe Yaalon said Monday that there is no chance for a unified Syrian state, going on to call for a "federation" comprised of separate Kurdish, Alawite and Druze areas.

Yaalon’s comments came at a panel discussion at the Woodrow Wilson International Center for Scholars in Washington, ahead of his meeting with U.S. Secretary of Defense Ash Carter.

Yaalon said it is “wishful thinking” to pursue a strategy in which Syria’s Bashar al-Assad or some other leader will ever lead a unified Syria again.

“We already have Alawistan led by Bashar al Assad … we have Syrian Kurdistan already. You know, Turks in the north are not happy with it, but at the end there is a Kurdish autonomy in Syria,” he said, noting that there might also be a Druze autonomy. The Druze is an indigenous community with a peculiar religious and cultural background that resides in the rugged Jabal al-Arab region in the southeast with a population of 500,000, or 3 percent of the pre-war population, according to UN data.

Yaalon tried to rule out autonomy for the Syrian Sunni community, saying that they are not unified. “When it comes to Sunnis, we have ISIL, Jabhatal Nusra, al-Qaeda followers, Muslim Brotherhood elements and moderate Sunnis as well,” he said.

But he called for the West to help moderate Sunni groups to follow their cause in Syria as it did with Kurdish armed groups.

He described the turmoil in the Middle East as a “geopolitical earthquake,” and said that it stems from “artificial nation states” founded regardless of demographic realities.

He said the contradicting regional and global powers’ interests also complicates the turmoil in Iraq and Syria. He warned that Iran is now poised to be the dominant power in Syria as international talks proceed on a deal to end the five-year civil war.

He accused President Barack Obama’s nuclear deal with Iran of paving the way for Tehran to pursue dominance over the Middle East through the establishment of a “Shiite radical axis” with feet in Lebanon, Syria, Iraq and Yemen.

“This axis is exploiting the deal now to gain hegemony,” he said.

“The regime in Tehran has become a central party in order to solve the problems of the Middle East.”He also noted that Sunni regimes in the region are seeking to buy $200 billion weapons because Iran has settled with the west over its nuclear program.