In a telephone conversation with Brazil's President Rousseff, Israeli President Reuven Rivlin apologized for comments made by a foreign ministry official. 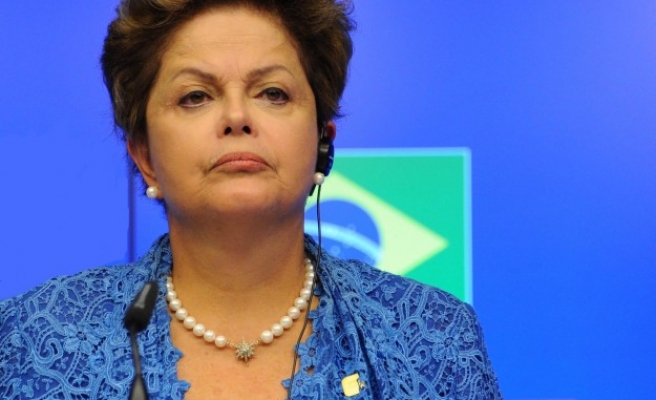 Israel has apologized for remarks from a foreign ministry official last month in which he referred to Brazil as a “diplomatic dwarf.”

President Reuven Rivlin called his Brazilian counterpart Dilma Rousseff late on Monday to apologize for comments by spokesman Yigal Palmor in The Jerusalem Post on July 24.

Rivlin told Rousseff that Palmor’s opinions "did not reflect the feelings of the country's population towards Brazil," according to a statement from Brazil's presidential Planalto Palace.

The row began when the Brazilian foreign ministry issued a statement on July 23 condemning the "unacceptable" situation in Gaza and Israel’s "disproportionate use of force" in its military offensive.

Palmor responded with his "diplomatic dwarf" comment and added that the South American nation was "politically irrelevant." Even worse, he went on to mock Brazil's disastrous World Cup defeat to Germany.

In Monday's telephone conversation, Rivlin reiterated Israel’s position that the conflict with Gaza was justified as an act of self-defense. Rousseff said she "condemned attacks against Israel" but "equally condemned the disproportionate use of force in Gaza."

The statement said Rousseff spoke of the "historic links that unite the two countries" - Brazil was among the first to recognize Israel - and echoed Brazil's long-standing hope for a two-state solution with Palestinians.