"I did agree to release 104 Palestinians in defined groups after the start of negotiations, and in accordance with the circumstances of its progress," Netanyahu said, 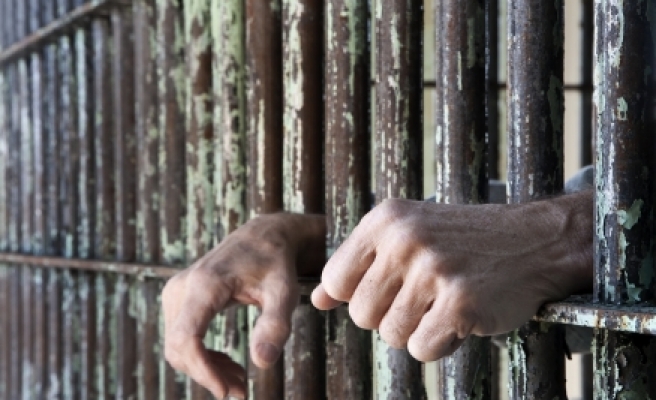 Israel was expected on Sunday to approve releasing more than 100 Arab prisoners as a step to renew stalled peace talks with the Palestinians ahead of plans to convene negotiators in Washington later this week.

Ministers will vote on the move at the cabinet's weekly session, as well as proposed legislation to require a public referendum or vote on any peace agreement reached involving a withdrawal from land Israel captured in a 1967 war.

Prime Minister Benjamin Netanyahu was expected to win support even from pro-settler hardliners for the prisoner release, seen as critical to relaunching negotiations stalled since 2010, by sidestepping a thornier issue for his political allies of Palestinian demands to halt settlement expansion.

In a dramatic appeal for public support posted on his Facebook page on Saturday night, Netanyahu urged Israelis to back his "very painful decision" to free prisoners jailed more than 20 years for deadly attacks.

Palestinian President Mahmoud Abbas had demanded the release of these prisoners jailed from before a 1993 interim peace accord took effect. Israel has jailed thousands more Palestinians since that time, citing security offences.

Netanyahu said Israel must seize what he saw as the opportunity presented by "monumental changes" in the Arab world and give Israel a boost in what he called a "complex global reality" to try to resolve decades of conflict with the Palestinians.

He said the negotiations, which a senior Palestinian official has said may convene in Washington on Tuesday, "will last at least nine months with the aim of examining whether it is possible in this period to achieve an agreement with the Palestinians."

"I did agree to release 104 Palestinians in defined groups after the start of negotiations, and in accordance with the circumstances of its progress," he said, adding that he had rejected other Palestinian demands for a settlement freeze.

"With all the importance I attach to the diplomatic process I wasn't ready to accept the Palestinians' demands for (military) withdrawals and (settlement) freezes as preconditions for entering in negotiations," the Israeli leader wrote.

The U.S.-brokered talks broke down three years ago in a dispute over settlement construction Palestinians say denies them the land needed for a state they seek to establish in territory Israel captured in a 1967 war.

Officials said Netanyahu's plan calls for freeing inmates in at least four stages stretched over a nine-month period, with the first group being released over the next few weeks. Netanyahu said prisoners would be freed only after talks began.

The latest diplomatic push follows months of intense shuttle diplomacy by U.S. Secretary of State John Kerry who said a week ago the groundwork had been laid for a breakthrough, while setting no specific date for talks to reconvene.

The two sides still differ widely over core elements of a deal to establish a Palestinian state alongside Israel on land Israel captured in the 1967 Middle East war.

Abbas had pressed for explicit guarantees that Israel would negotiate a withdrawal based on borders from before the 1967 conflict. Israel has resisted, insisting it would keep several settlement blocs and East Jerusalem, a city it annexed as part of its capital in a move never recognised internationally.