Israel to build more than 1,000 new settlement homes in the West Bank, following the formation of a Palestinian unity government. 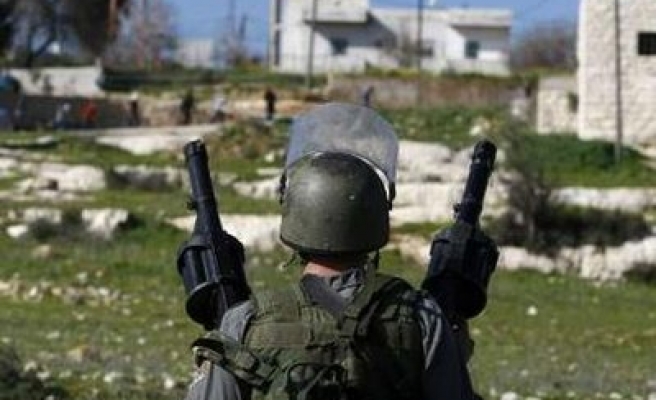 Israel announced on Thursday it would build 1,500 more settler homes in response to the formation of a Palestinian unity government that includes Hamas.

Housing Minister Uri Ariel told Israel Radio that tenders had been issued for constructing the housing units following the inauguration of what he termed a Palestinian "terrorist government".

He did not cite locations. But Israeli media said homes would be erected in seven settlements in the occupied West Bank, some of them in areas Israel annexed to Jerusalem after the 1967 Middle East war.

"When Israel is spat upon, it has to do something about it," Ariela, a far-right member of Prime Minister Benjamin Netanyahu's coalition, said.

Asked who had insulted Israel, he replied: "Our neighbours, and to a certain extent, the world."

A spokesman for Palestinian President Mahmoud Abbas, whose reconciliation deal with Hamas led to the government's formation on Monday, said: "The Palestinian leadership will respond to this new settlement activity in an unprecedented manner". He did not elaborate.

Most countries regard settlements that Israel has built in territory it captured in 1967 as illegal. Their fate is a key issue in talks on an eventual independent Palestinian state - the latest round of which collapsed in April.

The United States, Israel's main ally, said on Monday it would work with the new Palestinian unity government as needed but would monitor its commitment to continued cooperation with the Jewish state. Israel said it was "deeply disappointed" by the U.S. position.

Ariel accused the United States of breaking an understanding with Israel that it would not talk with the new government.

Netanyahu on Sunday had urged the international community not to rush to engage with a Palestinian administration he said was a front for Hamas.

But Abbas's formation of a government of technocrats and his pledge to adhere to principles of non-violence and pursuit of peace paved the way for international acceptance that seemed to have left Netanyahu outmanoeuvred.

Despite Netanyahu's appeal, the European Union also has said it would work with the new Palestinian government, on condition it stuck to the principle of peace based on a two-state solution.

Israeli Justice Minister Tzipi Livni, in an indirect rebuke of Netanyahu, called the settlement announcement - the first issuing of tenders since the peace talks collapsed - "another diplomatic mistake".

Livni, head of a centrist party in the Netanyahu government and its chief peace negotiator, told Israel Radio it would now be harder "to enlist the world against Hamas".

An Israeli government official, commenting on the construction announcement, said the building would take place in areas that Israel wants to keep in any peace agreement.

U.S. Secretary of State John Kerry, who spearheaded the nine months of talks whose collapse Washington partly blamed on settlement building on land Palestinians seek for a state, tried to play down the dispute with Israel.

"We are going to be watching (the Palestinian government) very closely, as we said from day one, to absolutely ensure that it upholds each of those things it has talked about, that it doesn't cross the line," Kerry said in Beirut on Wednesday.

"I've had several conversations with Prime Minister Netanyahu," he said. "We're completely talking about this on a day-to-day basis. Israel is our friend, our strong ally."

Israel froze U.S.-brokered peace talks with Abbas when the unity deal was announced on April 23 after numerous unsuccessful attempts at Palestinian reconciliation.

Some Israeli political analysts predicted Israel's campaign against the foreign aid-dependent Palestinian government would now shift to lobbying allies in the U.S. Congress to withhold funding, which typically runs at $500 million a year.