Israel has reportedly decided to create two militarized buffer zones inside Syria as a precaution against Al-Qaeda and the Assad regime. 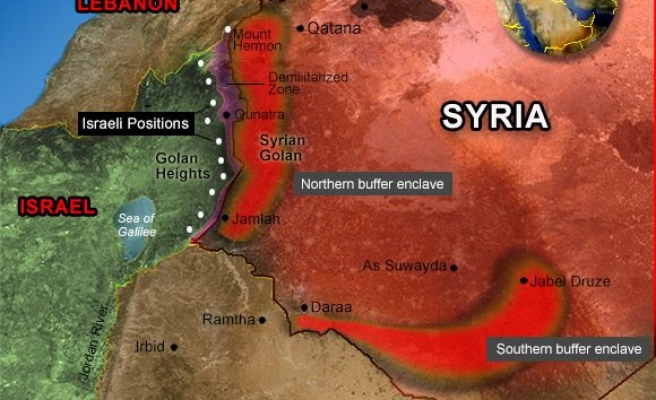 An Israeli news website with close ties to Israeli intelligence has reported that Israel is using the current unrest in Syria as an excuse to create two buffer zones as a precaution against Al-Qaeda and the Assad regime.

According to claims made by the Debkafile website, the move shows signs that Israel is abandoning its position of neutrality in the three-year-old Syrian civil war and decided to create the buffer zones last week as a safeguard against Al-Qaeda-linked rebel groups Nusra Front and the Islamic State of Iraq and the Levant (ISIL).

The news story suggested that these buffer zones will be heavily militarized and control over them will be given to Syrian opposition groups that are approved of by the US, Israel and Jordan.

The report states that the first zone is currently occupied by Druze tribes with up to 180,000 people spread across 12o villages. Although this community has preferred to stay out of the fighting in Syria, Al-Qaeda incursions into their region by force them to get involved. The other zone is home to around 300,000 people.

The plan for the buffer zones apparently began in April 2010 when 15,000 US Special Forces and the Jordanian military instructors began training and arming Syrian opposition fighters at the King Hussein airbase in Mafraq.