Israeli police raided the family's home in Silwan neighborhood and informed the inhabitants that the structure would be demolished on Sunday, witnesses said. 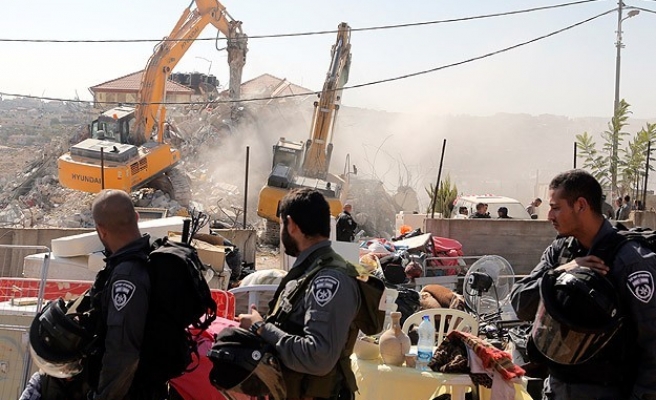 Israeli police on Friday informed the family of a Palestinian youth who they had killed earlier following a vehicular attack on Israeli pedestrians that the family home in East Jerusalem would be demolished on Sunday, according to eyewitnesses and the slain youth's mother.

Israeli police had said the slain young man had run over Israeli settlers with his car in Jerusalem.

Israeli police raided the family's home in Silwan neighborhood on Friday and informed the inhabitants that the structure would be demolished on Sunday, witnesses said.

"The family plans to appeal the demolition order in an Israeli court," the mother said in a brief statement.

Measures include the deployment extra troops in the occupied West Bank and East Jerusalem and the demolition of homes belonging to the perpetrators of attacks on Israelis.

Late last month, Israeli forces killed the young man after accusing him of killing an Israeli infant and an Ecuadorian woman, and injuring several others by running them over with his car in the East Jerusalem neighborhood of Sheikh Jarrah.

Unrest mounted further when Israeli forces killed a young Palestinian man – in a raid on his East Jerusalem home – who they suspected of having shot the rabbi.

Further aggravating the situation, a number of Israeli parliamentarians have forced their way into the mosque complex in recent weeks, drawing the ire of Muslim worshippers and official condemnation from Arab and Muslim countries.