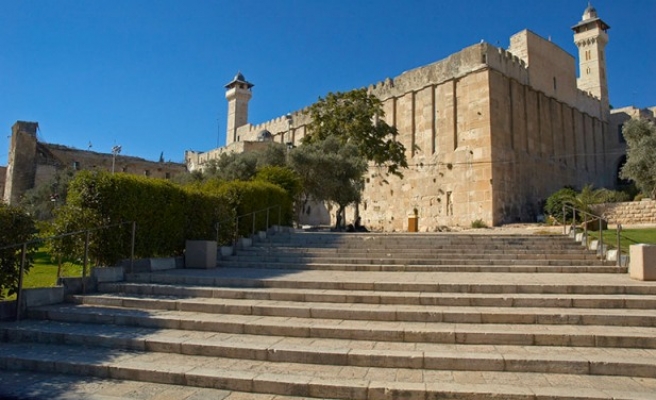 The Israeli authorities have ordered the closure of the Ibrahimi Mosque in the West Bank city of Hebron to Muslims on Tuesday and Wednesday for the Jewish Sukkot holiday, a Palestinian official has said.

“The Israeli authorities have told us that the mosque would be closed to Muslims during the Jewish Sukkot holiday,” Tayseer Abu Sneineh, director of religious endowments in Hebron, told Anadolu Agency.

“Large numbers of Jewish extremists are expected to storm the site, where they plan to mark their holiday by performing Talmudic rituals,” he said.

According to Abu Sneineh, since the beginning of this year, the Israel authorities have stopped the Muslim call to prayer from being made from the Ibrahimi Mosque more than 450 times.

In a statement, the Palestinian Ministry of Religious Affairs warned of various Israeli “measures” being taken against the historic mosque.

“These measures are aimed at tightening Israel’s control over the site and making it a Talmudic center following the planned expulsion of Muslims,” the statement read.

The ministry went on to call for immediate action aimed at safeguarding the Ibrahimi Mosque and ending all Israeli assaults on and violations of the house of worship.

Revered by both Muslims and Jews, Hebron's Ibrahimi Mosque complex -- known to Jews as the “Cave of the Patriarchs” -- is believed to contain the graves of the prophets Abraham, Isaac and Jacob.

Since the 1994 massacre of 29 Palestinian worshippers inside the mosque by Jewish extremist settler Baruch Goldstein, Israeli authorities have kept Muslim and Jewish worshippers segregated.

The city of Hebron, Al-Khalil in Arabic, is home to roughly 160,000 Palestinian Muslims and some 500 Jewish settlers. The latter live in a number of Jewish-only enclaves heavily guarded by Israeli troops.