Israel to use live ammunition on stone throwers 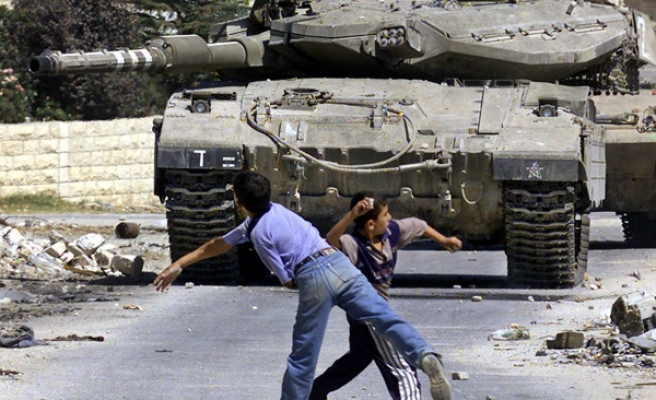 Israel is now permitting itss police troops to fire on Palestinian and other stone-throwers when civilian lives are considered to be at "risk", and not just in self-defense. The Security Cabinet has also approved a 4-year minimum sentence for stone throwing, reports RT.

“The Israeli Security Cabinet has decided to authorize police to use live ammunition against people throwing stones and Molotov cocktails when the life of a third person is threatened and no longer only when the police officer is threatened,” Prime Minister Benjamin Netanyahu’s office said in a statement.

Until recently, police officers were only permitted to fire when they considered that their lives were in danger.

Speaking at a meeting on Thursday,  Netanyahu stressed that his cabinet wants to change the situation where stone throwers“can hurl these lethal and murderous objects without response and without being foiled,” Haaretz reported.