Israel to use snipers against Palestinian rock-throwers 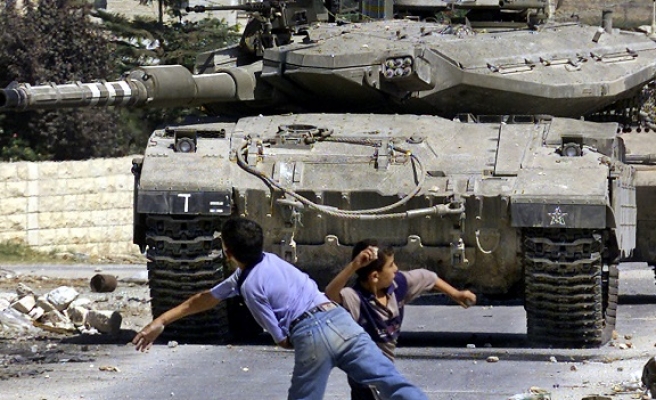 After weeks of debates amid continuing Israeli assault on Al-Aqsa Mosque and subsequent clashes between the Israeli security forces and Palestinian youth, Israel's Attorney General has reportedly approved the use of sniper fire against "rock-throwers" in Jerusalem, RT reported Friday.

Attorney General Yehuda Weinstein, has accepted a proposal by Prime Minister Benjamin Netanyahu to allow the use live sniper fire in needed to quell riots at Al-Aqsa Mosque.

"This is an extremely dangerous escalation on the part of the Israelis. What they are basically saying is that every Palestinian youth stone-thrower, which seem to be the youth under the age of 15 and 16, is an enemy combatant," Palestinian-American journalist Ramzy Baroud said.

Also reportedly approved by the Attorney General was the proposal to arrest rock-throwing minors and increase the minimum sentence to 4-5 years in prison – and to at least 10 years for those caught throwing firebombs. The families of those caught clashing with the Israeli police or assaulting Israeli civilians would also face a fine up to $26,000.

Netanyahu earlier vowed to push through a change in the rules of engagement with the Palestinian youth.

"We decided to change policy and wage war on stone throwers, bottle throwers, firecrackers shooters and those who disrupt the peace – quite simply a change," Netanyahu said Thursday.

The Israeli decision came after violent assault on Muslim worshipers at Al-Aqsa Mosque compound during the past week, and Palestinian youth was left with no other choice than to use rocks to fight back.