Nusra Front is the Sunni Muslim al-Qaida offshoot which is currently fighting the Iranian-backed axis of Bashar Assad and Hezbollah in Syria. 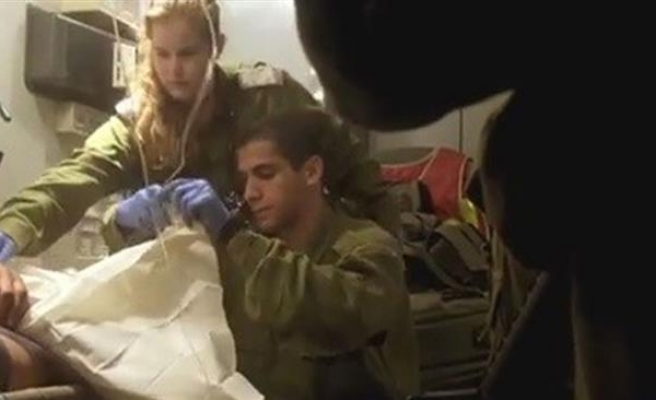 Israel has opened its doors with Syria in order to provide medical treatment to Nusra Front and al-Qaida fighters wounded in the ongoing civil war, according to The Wall Street Journal.

The prominent American newspaper reported that Nusra Front, the Sunni Muslim al-Qaida offshoot which is currently fighting the Iranian-backed axis of Bashar Assad and Hezbollah, "hasn't bothered Israel since seizing the border area last summer" along the Golan Heights.

Amos Yadlin, the former military intelligence chief who is currently in the running to be defense minister should the Zionist Union, led by Isaac Herzog, succeed in defeating incumbent Prime Minister Benjamin Netanyahu in the elections next week, told the Journalthat Hezbollah and Iran "are the major threat to Israel, much more than the radical Sunni Islamists, who are also an enemy."

“Those Sunni elements who control some two-thirds to 90% of the border on the Golan aren't attacking Israel. This gives you some basis to think that they understand who is their real enemy - maybe it isn’t Israel,” Yadlin is quoted by The Wall Street Journal as saying.

The fact that the Israel-Syria border area along the Golan Heights has remained largely quiet has sparked accusations among supporters of embattled President Bashar Assad that the Sunni Islamist alliance, which includes al-Qaida, is backed by Israel.

“Some in Syria joke: 'How can you say that al-Qaida doesn’t have an air force? They have the Israeli air force',” Assad told Foreign Affairs magazine earlier this year. “They are supporting the rebels in Syria. It is very clear.”

Israel has denied actively aiding al-Qaida, though it makes no secret of its determination to thwart Hezbollah's attempts to establish a foothold near the Golan frontier from whence it could harass the North.

Defense Minister Moshe Ya'alon has stated repeatedly his contention that Iran is seeking to open a new front against Israel from the Syrian Golan Heights.

The Wall Street Journal quoted "an Israeli military official" who said that most of those treated were armed rebels fighting the regime.

“We don’t ask who they are, we don’t do any screening," the official said. "Once the treatment is done, we take them back to the border and they go on their way.”