Israel will 'pay the price' for supporting Sisi, say analysts

A source with close ties to Israeli intelligence has predicted that Israel's cooperation with Egyptian coup plotter General Sisi will backfire. 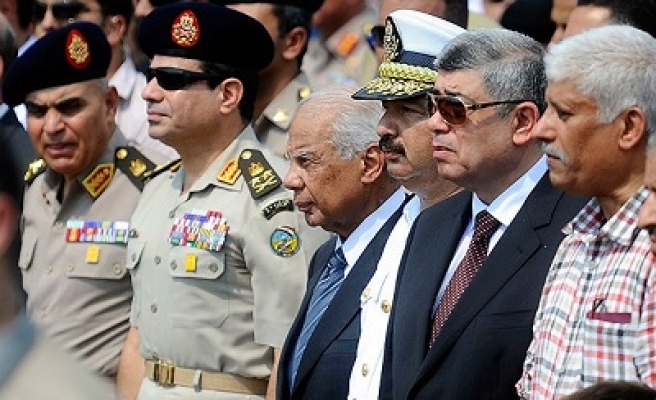 A website set up by political analysts with close ties to Israeli intelligence has predicted that Israel’s support for Egyptian military coup mastermind General Abdal-Fattah al-Sisi will backfire.

Noting the increase of rocket attacks on Israel from Sinai-based groups such as Ansar Bait al-Maqdis, the Debkafile website implied that Israel was taking a huge risk in cooperating with Al-Sisi, who ousted the elected president Mohamed Morsi in July 2013.

The southern Israeli city of Eliat has particularly been put in danger by instability in Sinai, the website reported.

The Egyptian army has been targeting pockets of anti-coup resistance since Morsi’s ouster.

It would seem whatever Israel does they will forever pay the price, therefore will always pay the price, however i suppose the way your train of thought goes the Arabs are always right in everything they do, including Syrian army snipers loyal to Assad aiming for the spines of Syrian children so as to cripple them for life. Muslims have killed more of their brethren now then all the Arab-Israeli Wars put together. As the Jews of the Arab-World hardly exist you now start with the Christians.