Israeli police on Friday shot and killed an Israeli Arab for allegedly trying to stab a policeman in northern Israel. 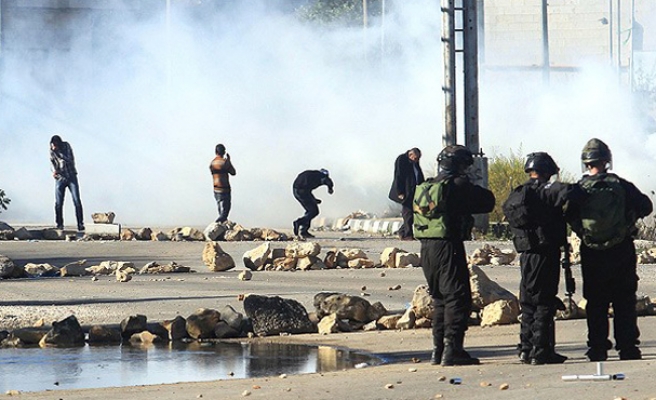 Scores of Israeli Arabs burned tyres in a northern Israeli town on Saturday following the killing of a youth for allegedly trying to stab an Israeli soldier.

"We have called a two-day strike in the town [to protest the killing]," he added.

Israeli police on Friday shot and killed an Israeli Arab for allegedly trying to stab a policeman in northern Israel.

Police said on Twitter that a 22-year-old youth had tried to stab a soldier as troops were trying to detain him, prompting police to shoot him. The youth later died in hospital.

But the Kafr Kanna local council said in a statement that the youth had been killed in "cold blood", calling on Internal Security Minister Yitzhak Aharonovitch to launch an investigation into the incident.

Israel refers to Palestinians who remained in their homes and cities after the creation of Israel in 1948 as "Israeli Arabs."

There are around 1.6 million Arabs in Israel, accounting for around 20 percent of the country's population.

According to official figures, the Israeli population is projected to increase by almost 700,000 within the next eight years.