Israel will need to deal its enemies in the northern front another blow in the future, outgoing IDF Chief of Staff Gantz says 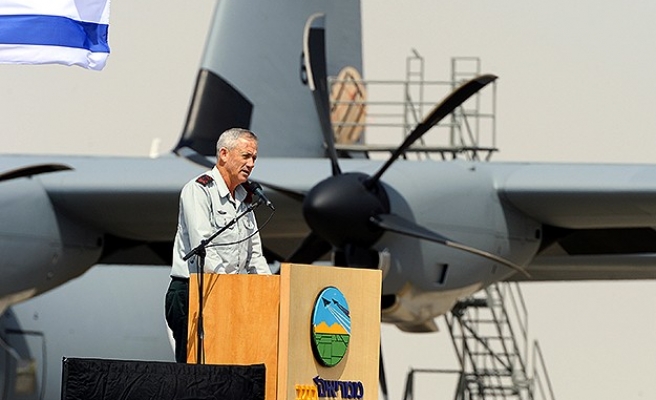 Israel will need to deal its enemies in the northern front another blow in the future, outgoing IDF Chief of Staff Lt. Gen. Benny Gantz told Channel 2 news Friday night in a farewell interview, The Times of Israel reported.

Gantz, who will be replaced on Sunday by Maj. Gen. Gadi Eizenkot, said Israel was well prepared for the continuing threats it faces from Hezbollah in the north and Palestinian fighters in the Gaza Strip and the West Bank.

“To fix the Middle East you need more than a chief of staff,” Gantz told Channel 2. “What (I) need to do is ensure we are prepared. And I think that, with all due modesty…the army is ready.”

Asked if further fighting will be required in the north, Gantz answered: “Yes, yes, definitely.”

Gantz said he felt Operation Protective Edge in the Gaza Strip last summer was a success “considering the goals we set for ourselves, considering the alternative actions that may have been on the table.”