The Haaretz daily newspaper said that the army is also planning to provide settlers with tear gas and stun grenades. 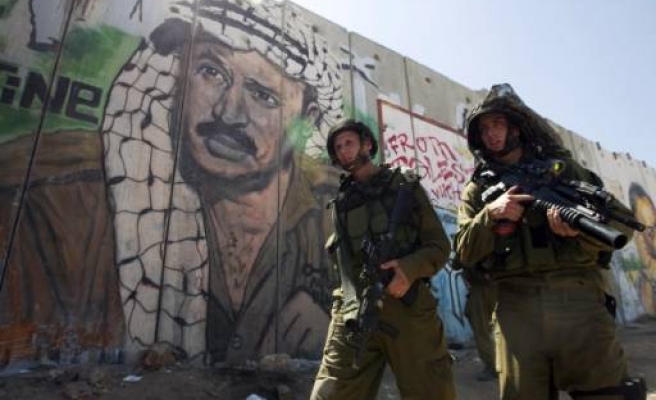 Israel's military has been training armed settlers against protests ahead of a planned bid for statehood at the United Nations next month, settler and military officials said on Tuesday.

Israel has long permitted settlers to carry weapons in the occupied West Bank, but has now stepped up drills among dozens of civil defence teams ahead of a U.N. General Assembly vote expected in mid-September, the officials said.

President Mahmoud Abbas plans to seek the world body's endorsement of statehood when the General Assembly convenes next month, a bid seen as likely to upgrade the Palestinians' diplomatic status.

In a written statement, the Israeli army -- which is also drilling its troops-- said it was "devoting great efforts to training local forces and preparing them to deal with any possible scenario".

The statement said the military recently completed training the majority of the "first response teams" and the exercises were ongoing.

The Haaretz daily newspaper said that the army is also planning to provide settlers with tear gas and stun grenades.

Danny Dayan, chairman of the settlers' YESHA Council, in a telephone interview, saw these preparations as "nothing extraordinary".

"The Israeli army is responsible for them, they are not private settler militias," Dayan said.

Palestinians hope to establish a state in the occpied West Bank and besieged Gaza Strip.

The World Court has ruled Israeli settlements in the occupied West Bank.