Israeli court finds troops 'not quilty' for killing of US activist

An Israeli court found Israeli troops not quilty for the 2003 killing of American activist Rachel Corrie, who was crushed by an Israeli army bulldozer. 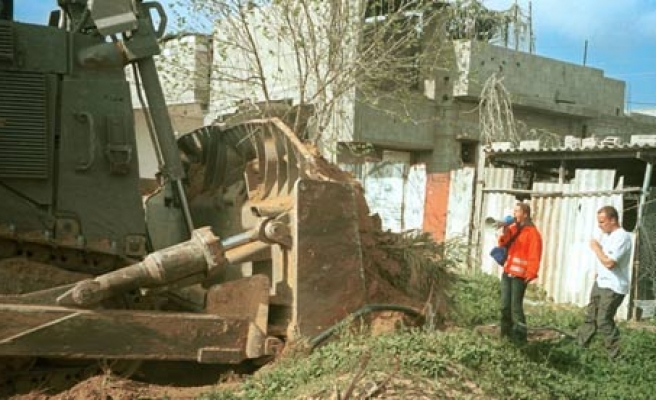 An Israeli court on Tuesday found Israeli troops not quilty for the 2003 killing of American activist Rachel Corrie, who was crushed by an Israeli army bulldozer during a demonstration in the Gaza Strip.

At the time of her death, during a Palestinian uprising, Corrie was protesting against Israel's demolition of Palestinian homes in Rafah in the southern Gaza Strip.

Corrie's family had accused Israel of intentionally and unlawfully killing their 23-year-old daughter, launching a civil case in the northern Israeli city of Haifa after a military investigation had cleared the army of wrong-doing.

Judge Oded Gershon invoked a clause that absolved the army because the incident had happened during a war-time situation, adding that the activist had ignored warnings to leave the area.

Corrie came from Olympia, Washington, and was a volunteer with the pro-Palestinian International Solidarity Movement. She had been wearing a bright orange vest at the time of the incident.

The Corrie family's lawyer, Hussein Abu Hussein, said the court verdict contradicted "the fundamental principles of international law with regard to protection of human rights defenders".

Corrie's death made her a symbol of the uprising, and while her family battled through the courts to establish who was responsible for her killing, her story was dramatised on stage in a dozen countries and told in the book "Let Me Stand Alone".

"I reject the suit," the judge said in a ruling read out to a packed courtroom. "There is no justification to demand the state pay any damages," he said, dismissing a family request. Witnesses said Corrie was hit by a bulldozer which was razing Palestinian homes.

He said soldiers had done their utmost to keep people away from the site on the day of the protest in March 2003. "She (Corrie) did not distance herself from the area, as any thinking person would have done."

After the verdict was read, Corrie's mother, Cindy, told reporters: "I am hurt."

Abu Hussein said Corrie had been taking part in a non-violent protest and accused the court of providing impunity to the army.

"We knew from the beginning that we had an uphill battle to get truthful answers and justice, but we are convinced that this verdict distorts the strong evidence presented in court," Abu Hussein said.

Senior U.S. officials criticised the original military investigation into the case, saying it had been neither thorough nor credible. But the judge said the inquiry had been appropriate and pinned no blame on the army.