Three people were killed and 1,049 wounded in clashes between protesters and police, the Health Ministry said. 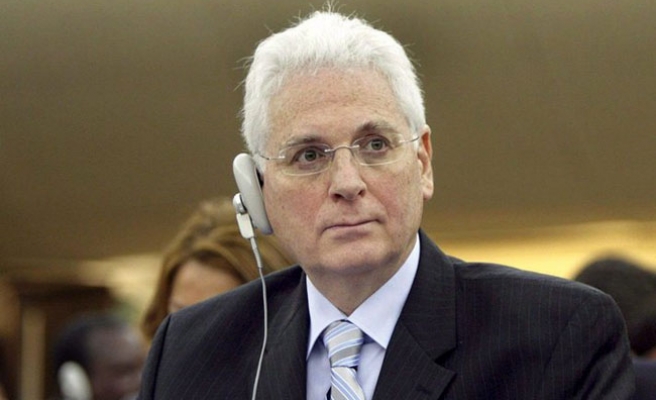 Israel flew its ambassador home from Cairo on Saturday after protesters stormed its embassy building, plunging Egypt's military rulers into their worst diplomatic crisis since they took over from Hosni Mubarak.

Three people were killed and 1,049 wounded in clashes between protesters and police, the Health Ministry said.

The United States, which has poured billions of dollars of military aid into Egypt since it made peace with Israel in 1979, urged Cairo to protect the embassy after protesters hurled embassy documents and the Israeli flag from windows.

"Our dignity has been restored," said Mohi Alaa, 24, a protester who was speaking near the site of overnight clashes with police around the building that houses the Israeli embassy. Bits of concrete and bullet casings were strewn over the street.

"We don't want the Americans' money," he said, reflecting a growing readiness among many Egyptians to express anger at Israel and the United States over Israeli treatment of the Palestinians, after decades of pragmatic official relations.

Police had fired shots in the air and teargas to disperse the crowd. Protesters had lit tyres in the street and at least two vehicles were set alight near the embassy, located on the upper floors of a residential block overlooking the Nile.

One of the three who died was in the nearby Agouza hospital, where a Reuters reporter saw a corpse with a punctured chest.

Some 500 protesters stayed after dawn and a few threw stones at police, who gradually pushed them away and secured the area.

It was the second big eruption of violence at the embassy since five Egyptian border guards were killed last month when Israel repelled cross-border raiders it said were Palestinians. Egypt then briefly threatened to withdraw its envoy to Israel.

Israel has stopped short of apologising, saying it is still investigating the Egyptian deaths, which occurred during an operation against gunmen who had killed eight Israelis.

Israeli Prime Minister Benjamin Netanyahu will make a statement at 8.30 pm (1730 GMT) on Saturday about the storming of the Cairo embassy, his office said.

Israeli ambassador Yitzhak Levanon, staff and family members arrived home on Saturday, but one diplomat stayed in Egypt to maintain the embassy, an Israeli official said.

U.S. President Barack Obama called on Egypt to "honour its international obligations" and protect the Israeli mission. He told Israel's Netanyahu that Washington was taking steps to resolve the situation.

An Israeli official said the ambassador, staff and family members had left in one plane and a second one had brought home six Israeli security personnel who had been left guarding the embassy, protected from the crowd only by a reinforced door until Egyptian troops extracted them.

"The fact that Egyptian authorities ultimately acted with determination is laudable. With that said, Egypt cannot let slide this harsh blow to the fabric of relations with Israel and the gross violation of international norms," Netanyahu said in a statement. He also thanked Washington for its role.

British Prime Minister David Cameron condemned the embassy attack and urged the Egyptian authorities to "meet their responsibilities under the Vienna Convention to protect diplomatic property and personnel."

Before attacking the embassy, protesters had tried to storm a local police compound, hurled stones at the police and set at least four vehicles and a public building ablaze.

The April 6 movement, which helped to lead the anti-Mubarak uprising, said those behind the violence were trying to "distort the image of the revolution". It blamed supporters of Mubarak.

Presidential candidate Hamdeen Sabahy called for the army to take a "serious stance matching the public anger" towards Israel, but said violence sullied the image of Egypt's uprising.

Last month, a man scaled the embassy building, took down Israel's flag and replaced it with Egypt's. Protests continued daily but did not turn violent until the latest flare-up.

In response to the protests, the authorities had erected a wall around the building, which was quickly defaced with anti-Israel slogans and then painted in Egypt's national colours.

On Friday, the wall was torn down after a demonstration in Cairo's Tahrir Square calling for speedier reforms and a deeper purge of officials who worked for Mubarak, the former president on trial on charges including conspiring to kill protesters.