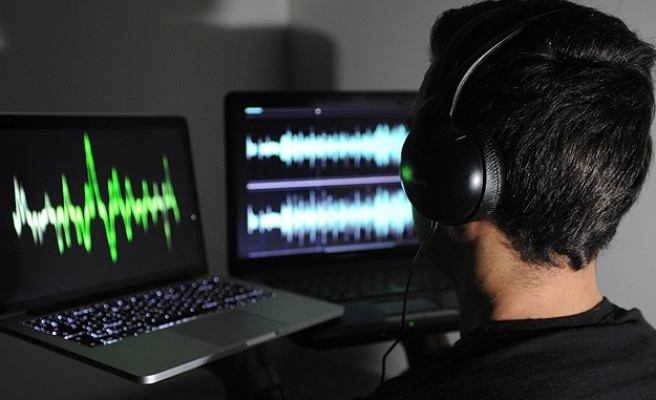 The protest letter signed by 43 veterans of Unit 8200, sent to Netanyahu and armed forces chiefs and excerpted by Israel's biggest-selling newspaper on Friday.

But by decrying the sweep of eavesdropping on Palestinians, and the role such espionage plays in setting up air strikes that have often inflicted civilian casualties, the move opened a window on clandestine pratices that often go unreported.

It also tapped into wider international debate over the ethics of state surveillance following last year's media leaks by Edward Snowden, a former contractor with the National Security Agency (NSA), the U.S. counterpart to Unit 8200.

"We refuse to take part in actions against Palestinians and refuse to continue serving as a tool for deepening military rule in the occupied (Palestinian) territories," Yedioth Ahronoth daily quoted the letter as saying.

"Intelligence allows ongoing control over millions of people, thorough and intrusive monitoring and invasion into most aspects of life. All of this does not allow for normal living, fuels more violence and puts off any end to the conflict."

No signatories' names were published, in apparent keeping with their non-disclosure commitments to Unit 8200, which monitors Arab states and Iran as well as the Palestinians.

Several were interviewed anonymously by Yedioth and by Israel's Army Radio, however, and complained about what they described as the abusive gathering of Palestinians' private information - for example, sexual preferences or health problems "that might be used to extort people into becoming informants".

Israeli authorities require court authorisation to spy on its own citizens, including its 20 percent Arab minority, but are freer when it comes to Palestinians.

Yedioth said the letter was unrelated to the recent Gaza war, in which some 2,100 Palestinians, most civilians, died. But some of the protesters rued their contribution to earlier air strikes on militant chiefs that harmed innocent bystanders.

"We now understand that the responsibility is not just that of the soldier standing at the checkpoint, the soldier who squeezes the trigger," one signatory, identified as a Unit 8200 reserve captain, told Army Radio. "We have responsibility."

"If there are, among the Israelis, 43 soldiers who reject the idea of occupation, we view this as a moral act," Palestinian security services' spokesman Adnan Damiri said. "We salute humanitarian ideas like this toward an oppressed people."

The military spokesman's office said in a statement that Unit 8200 personnel were held to ethical standards "without rival in the intelligence community in Israel or the world", and had internal mechanisms for filing misconduct complaints.

That process had been circumvented by the letter writers, the spokesman's office said.

An officer in the military spokesman's office said there was no indication the signatories were not indeed Unit 8200 veterans.

Amos Yadlin, a former chief of Israeli military intelligence under Netanyahu, played down the letter, saying 43 reservists were a "fringe percentage" of those available to Unit 8200.

"It's a big outfit, so naturally a few of its veterans may gravitate to the far-left, as well as to the far-right" said Yadlin, who now runs Tel Aviv University's INSS think-tank.

Since peace talks with the Palestinians collapsed in 2000, Israel has seen similar conscientious objector statements by a small number of reservists from its air force and its premier infantry unit, as well as an Oscar-nominated documentary in which former directors of its Shin Bet internal security agency questioned the sustainability of the occupation.