Israeli Finance Minister Yair Lapid warned that the increasing boycott campaigns against Israel will have devastating effects on the economy. Meanwhile, Germany's largest bank, Deutsche Bank, blacklisted the Israeli Hapoalim bank as an "unethical company" due to its funding of illegal Jewish settlements in the West Bank. 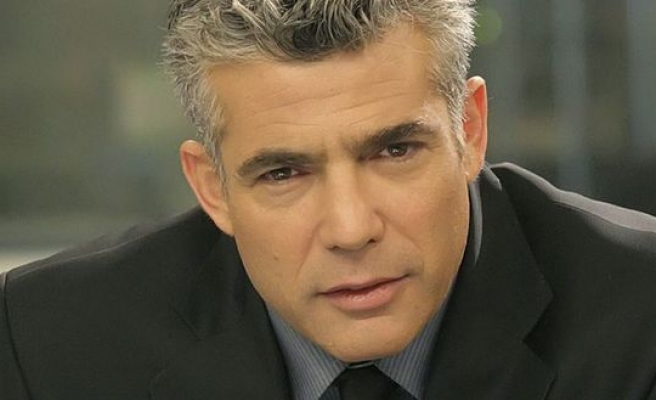 Israel's Finance Minister Yair Lapid has warned that the world, United States included, is losing sympathy and patience with Israel

Speaking to a group of representatives from American Jewish organizations on Monday, Yesh Atid party chairman Lapid warned that the increasing boycott campaigns against Israel will have devastating effects on the economy.

After a top US acedemics union ASA decided to boycott Israeli academics and educational institutions that operate in and support illegal settlements in the West Bank, Dutch pension giant PGGM and Denmark's Danske Bank also boycotted Israeli banks for the same reason.

Meanwhile, Germany's largest bank, Deutsche Bank (DB), has blacklisted the Israeli Hapoalim bank as an "unethical company" due to its funding of illegal Jewish settlements in the West Bank, Israel's Maariv newspaper reported.

According to the Israeli Haaretz, they join Spanish companies FCC and Cyes, as well as Germany's Möbius Bau, who also dropped out of the bidding process months back, citing threats to their business interests in the Middle-East.

Last year, boycotts on products like dates and grapes grown in the occupied Jordan Valley caused a $29 million loss for illegal Jewish settlers in the region. As reported in the Washington Post, income from exports dropped 14%, mainly due to big supermarket chains in Europe deciding to boycott the products.

David Elhayani, head of the Jordan Valley Regional Council, told the Washington Post, “In effect, today, we are almost not selling to the (Western) European market anymore.”

Zvi Avner, head of the agriculture committee in the Jordan Valley, said that sales of peppers and grapes to Western Europe have dropped by about 50% and fresh herbs by up to 40%.

In 2009, the UK gradually started labeling or completely boycotting settler products. Together with Scandinavian countries, the UK has made the 550,000 odd illegal Jewish settlers in the West Bank very nervous.

Marks & Spencer, Morrisons and Waitrose are among many British firms to stop selling settler goods in recent years. Germany’s Kaiser Supermarket has also made a moral decision against selling settler products.

Many feel that a trend is slowly starting to develop in the West against Israel, similar to that which brought down the apartheid regime in South Africa.

What do the isrealise expect. Of course every one will boycott their products due to their disgusting behave towards the innocent people in Gaza, who cant afford even a decent living. Shame on Israel for the non human behaviour. They should expect a greater loss in the coming weeks as no one is happy with all the dirty work Israel is carrying out!

I also don't purchase any products that are Israel owned and never will again. Their awful and inhumane treatments towards the Palestianian is annoying and heartbreaking.

When is the western world gonna wake up to Israel and its Big Brother Americas hatred killing of the Muslims.in my country we are trying to bring a government that represents us and also all Muslim world .there forth we will boycott all Jewish products even American Jewish products

This is the way to deal with Israel, boycott their goods, disrupt their infrastructure and DO NOT work for them, if nothing works and there are no supplies, no military action can be justified, foreign people (israelies) will start leaving when live gets tuff, so rise and go get them

Well Israel refuses to listen to anyone, I welcome this news as a active supporter and of the boycott, maybe now they will listen and stop murdering innocents! Hit them where it hurts!

Only way to stop the massacre of Palestinians by Israel and stop the illegal occupation of Palestinian land is to continue accelerating the BDS campaign against Israel!!