A Palestinian woman was hospitalized after being dragged out of her home and beaten by Israeli forces along with her 15-year-old daughter. 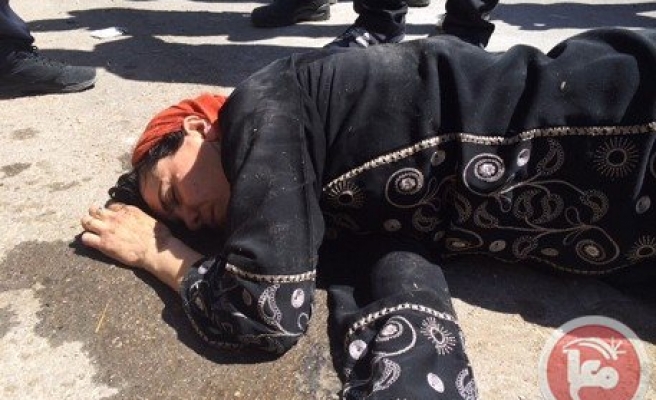 A fight broke out between local Palestinians and Israeli occupation forces in the Old City of Al-Quds (Jerusalem) on Thursday after a Palestinian woman and her teenage daughter were attacked by troops.

Umm Kalawoon al-Tawil and her 15-year-old daughter Layla were “brutally” beaten by Israeli forces, who dragged them out of their homes to a nearby playground in front of onlookers.

According to eye-witnesses, the older woman continued to be beaten until she passed out, Jawad Siyam, the director of the Wadi Hilweh Information Center in the Silwan neighborhood told Maan News.

Local residents then came out to confront the Israelis, leading to a fistfight breaking out, as Umm Kalawoon al-Tawil was rushed to the Al-Maqadis hospital in an ambulance.

A spokesman for the Israeli police claimed to have no knowledge of the incident.