Israeli forces restricted the entry of Palestinian worshippers into the holy site during Feiglin's visit, banning those under 40 from entering the mosque compound. 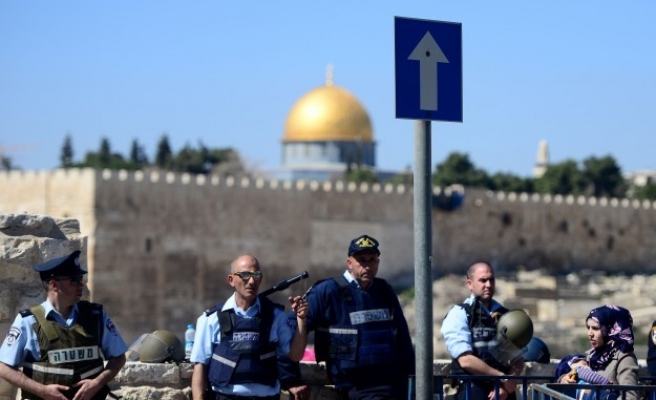 Deputy Speaker of the Israeli Knesset Moshe Feiglin forced his way into Al-Aqsa Mosque in East Jerusalem on Sunday under the protection of Israeli forces.

According to the witness, Israeli forces restricted the entry of Palestinian worshippers into the holy site during Feiglin's visit, banning those under 40 from entering the mosque compound.

"Feiglin is notorious for calling for the demolition of the Al-Aqsa Mosque to build a Jewish temple in its place," Sheikh Azzam al-Khatib, director-general of the Organization for Muslim Endowments and Al-Aqsa Affairs, told AA.

Al-Khatib called on the Arab and Islamic world to act on the daily storming of the Al-Asqa Mosque compound by Jewish settlers.

In recent months, groups of extremist Jewish settlers, often accompanied by Israeli security forces, have repeatedly forced their way into the Al-Aqsa complex.

For Muslims, Al-Aqsa represents the world's third holiest site. Jews refer to the area as the "Temple Mount," claiming it was the site of two prominent Jewish temples in ancient times.

Since 1967, Israeli authorities have banned Jews from praying in the Al-Aqsa compound, citing fears that such a move could provoke Palestinian Muslim sentiments and potentially lead to bloodshed.

Indeed, in September 2000, a visit to the site by controversial Israeli politician Ariel Sharon triggered what later became known as the "Second Intifada" – a popular uprising in which thousands of Palestinians were killed.