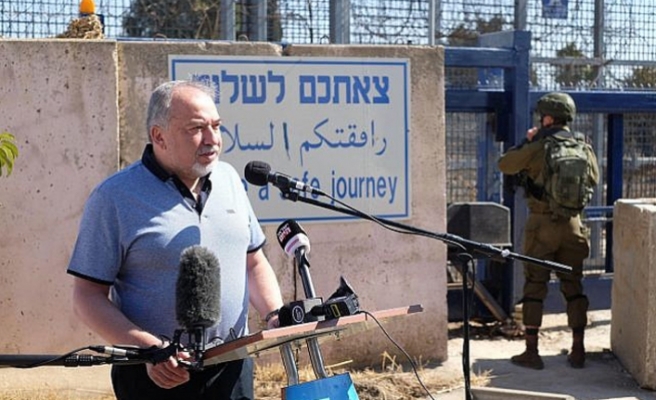 “The Ethics Committee, chaired by Knesset member Yitzhak Vaknin (of the Shas party), issued a reprimand against Lieberman following a complaint filed by Zoabi (of the Arab Joint List) after Liberman called her a “terrorist” on his Twitter account,” read a statement issued by the assembly on Wednesday.

In early June, Lieberman tweeted: “The terrorist Haneen Zoabi is in the Knesset and promoting terrorism against IDF [Israeli Defense Forces] soldiers and citizens of the State of Israel...”

But in a Wednesday decision, the Ethics Committee said Lieberman’s use of the word “terrorist” to describe Zoabi constituted “incitement against Arab Knesset members in general and against her in particular”.

“The Ethics Committee has repeatedly clarified that such comments… have no place in legitimate public discourse and that such remarks constitute a breach of ethical rules,” it asserted.

Israel’s 120-member Knesset currently has 13 Arab members, all of whom belong to the Arab Joint List.

Lieberman frequently criticizes Arab Knesset members, calling for their expulsion from the assembly due to their stated support for Palestinian statehood.