The leaders of Israeli parliamentary blocs have agreed to hold early general elections on March 17 of next year, one day after Prime Minister Benjamin Netanyahu called for early elections owing to the collapse of his government coalition. 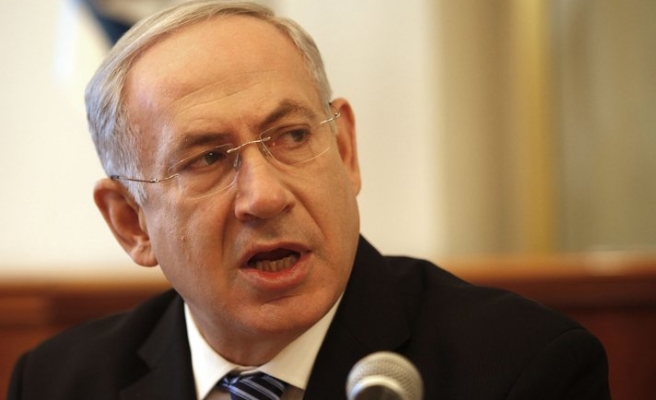 Israeli legislators agreed on Wednesday to set March 17 as the date for a new parliamentary election, Israel Radio said.

The report said the date was agreed in a meeting of the heads of parliamentary factions.

Parliament was due to hold a preliminary vote later in the day on dissolving itself, after right-wing Prime Minister Benjamin Netanyahu on Tuesday fired two centrist cabinet members and declared an early election.

Two television polls on Tuesday said Netanyahu's Likud party would emerge once again as the largest group in parliament if elections were held today, almost certainly ensuring him a fourth term as prime minister.

The next national ballot had not been scheduled until 2017, but Netanyahu announced that he wanted to dissolve parliament "as soon as possible" and hold an early election.

He also ordered the dismissals of Finance Minister Yair Lapid and Justice Minister Tzipi Livni, the heads of two separate centrist parties who have been chaffing against the right-wingers that predominate in the cabinet.

Meanwhile, Palestinian Hamas movement has said that the Israeli government coalition's collapse was due to Israeli Prime Minister Benjamin Netanyahu's "defeat" in a recent Israeli military offensive on the Gaza Strip.

"The coalition's collapse is a further sign of victory for the resistance in the Gaza Strip over the Israeli occupation," Hamas spokesman Sami Abu Zuhri said Tuesday evening.

Netanyahu's coalition government has faced cracks in recent weeks over a host of issues, including the Jewish State law, which is backed by Netanyahu and opposed by Lapid and Livni.

Other points of disagreement include items with the state budget as well as Lapid's refusal to impose taxes on apartments for young couples.

An August 26 cease-fire between Palestinian factions and the self-proclaimed Jewish state, ended a seven-week Israeli offensive against the embattled coastal enclave, controlled by Hamas since 2007.

The Israeli military onslaught left 2,160 Palestinians dead – the vast majority of them civilians – and some 11,000 injured.