Israeli minister: 'between Iran and ISIL, I prefer ISIL'

Defense Minister said that Iran was Israel's main enemy, notes that the ISIL doesn't have the same capabilities Iran does. 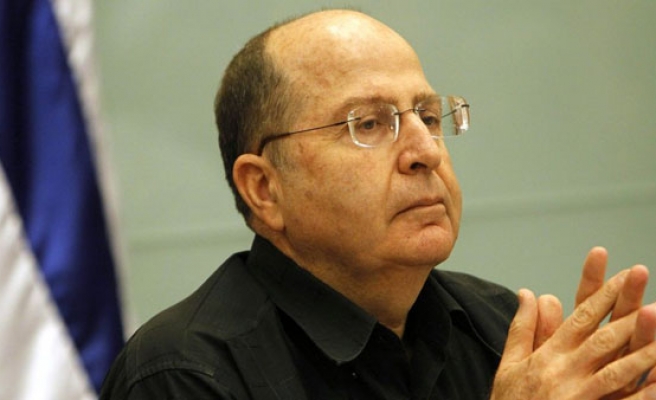 Speaking at the Institute for National Security Studies' (INSS) conference in Tel Aviv, Ya'alon sought to clarify that "Iran is our main enemy, after I heard voices saying different things."

The defense minister was likely referring to comments made by IDF Chief of Staff Gadi Eisenkot at the conference on Monday, who said that "there are opportunities in the nuclear agreement with Iran. Hezbollah - that is the most serious threat."

He claimed that Tehran "is a rogue regime with designs on a regional hegemony. Hezbollah is Iran's proxy, with the ability to declare war. Iran currently has terror infrastructure in place in five continents: Asia, Africa, Europe and both in South and North America."

The nuclear agreement signed between the Islamic Republic and world powers, the defense minister said, "pushed back the clock from three months to one year. If Iran feels economically secure, it can breakout and produce a bomb even faster."

As far as Russia was concerned, he said, "The Russians thought they'd get to the Euphrates River in three months," he said, noting the Russian army is not reaching its goals and failing to achieve much in the Golan Heights.

"There are achievements in the fighting against ISIL - led by the US," Ya'alon said. "ISIL is suffering serious defeats in Iraq and Syria."

"We believe ISIL will be eventually defeated territorially after the blows it has been suffering, and in light of the attacks on its oil reserves," he added.

The strategy in Syria, he said, should be "to strengthen local forces with 'boots on the ground,' like the Kurds are doing."

At the very same conference, Education Minister Naftali Bennett, also condemned the government saying, "All the expensive F-35s will not help in the face of 50 commandos digging the way to Netiv HaAsara," said Bennett. He argued that Israel is reacting to existing realities rather than shaping its own destiny. He further said that Israel must modernize its thinking about defense and not only weapons.

"I keep hearing, 'why aren't you doing a blockade?' We don't want to drive them to terror," Ya'alon said in response. "I also heard calls for targeted killings. Targeted killings are done when we are not controlling the area."