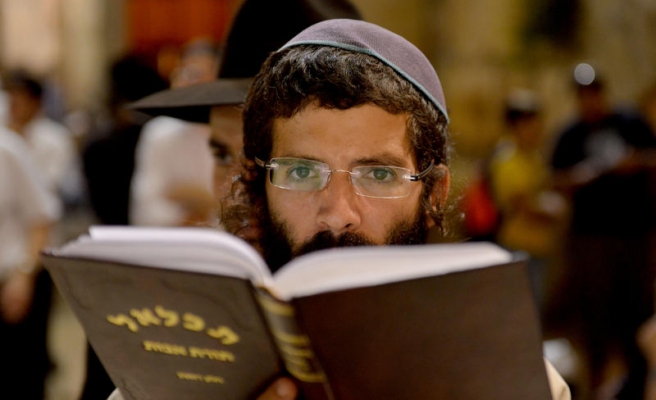 "I say to the Americans: we will manage the matters of the state of Israel ourselves," Bennett was quoted by The Jerusalem Post as telling Israeli army radio.

"We need to deal with the significance of which type of state we want. Do we want here the massive entry of foreigners into Israel?" the minister said.

"Do we want the erosion in the future of the Galilee or the Negev, which may have an Arab majority and could have nationalistic demands?" Bennett asked.

He added: "We're the ones who have to deal with these questions."

On Sunday, the Israeli cabinet approved the controversial bill, which would enshrine Israel's status as "the Jewish state" into Israeli law.

The bill, which was endorsed by the cabinet 15 to 7, will eventually be presented to the Knesset (Israel's parliament) for approval.

"This is the beginning of a process, so I don't want to speculate on the outcome," he said.

"The U.S. position, which is unchanged, has been clear for years, and the president and the secretary [of state] have also reiterated it: that Israel is a Jewish and democratic state, in which all citizens should enjoy equal rights," added Rathke.

Israel's Sunday cabinet meeting saw heated discussions of the bill, which is backed by lawmakers from the right-wing Likud and Yisrael Beituna parties.

At the meeting, Prime Minister Benjamin Netanyahu criticized Justice Minister Tzipi Livni for what he described as her opposition to the bill.

Israel's status as a "Jewish state" was a point of contention at the last round of U.S.-mediated peace talks between Israel and the Palestinians.

Over 1.6 million Arabs currently reside in Israel, accounting for over 20 percent of Israel's total population of roughly 8 million, according to the Israel Statistical Association.

Palestinian Authority President Mahmoud Abbas has repeatedly expressed his refusal to compromise on the longstanding Palestinian refusal to recognize Israel as a "Jewish state."

Palestinians fear that identifying Israel as such will cancel the right of Palestinian refugees to return to their homes in historical Palestine, from which they were forced to flee in 1948 upon Israel's establishment.

Peace talks between Israeli and Palestinian negotiators collapsed in April over the self-proclaimed Jewish state's refusal to release a number of Palestinian prisoners despite earlier pledges to do so.