'The letter P doesn't exist in Arabic, so the borrowed term Palestine is worth debating' remarks draws mockery of Israeli lawmaker Anat Berko 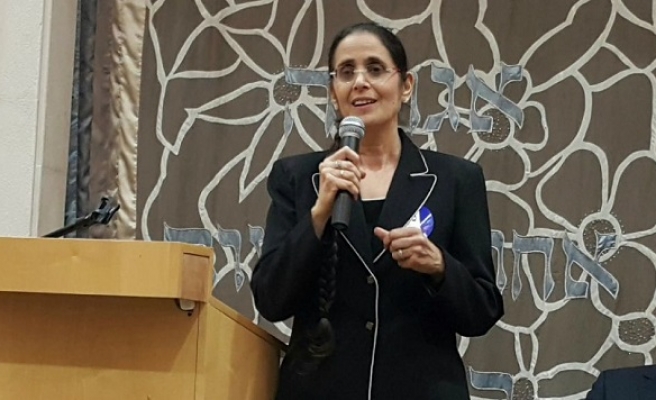 An Israeli parliamentarian has drawn ire and ridicule after suggesting "Palestine" is a borrowed term that Palestinians themselves cannot pronounce.

"The letter P doesn't exist in Arabic, so the borrowed term Palestine is worth debating," Anat Berko from Prime Minister Benjamin Netanyahu's Likud party said during a parliamentary debate on Wednesday.

"There is no 'puh' sound (in Arabic)," she repeated several times.

In Arabic, the word is written with an F and is pronounced "Falesteen".

Palestinians and Arabs not fluent in English often use the letter B as a substitute for P when speaking the language.

Berko reportedly said later she was alluding to the fact the Romans referred to the region as Syria Palaestina, but her comments were ridiculed.

"Don't you have a brain?" a parliamentarian from the left-wing Meretz party asked.

Jamal Dajani, a spokesman for the Palestinian prime minister's office, said it was an attempt to "dehumanise Palestinians."

"The Romans called this place Palaestina," she said.

"The Palestinians who took the name borrowed it, but could not pronounce it properly. They distorted it. No one said that there is no Palestinian people."