Cohen, who leads Israel's domestic security service, known as Shabak, had urged Knesset members not to make any more visits to the Al-Aqsa Mosque compound 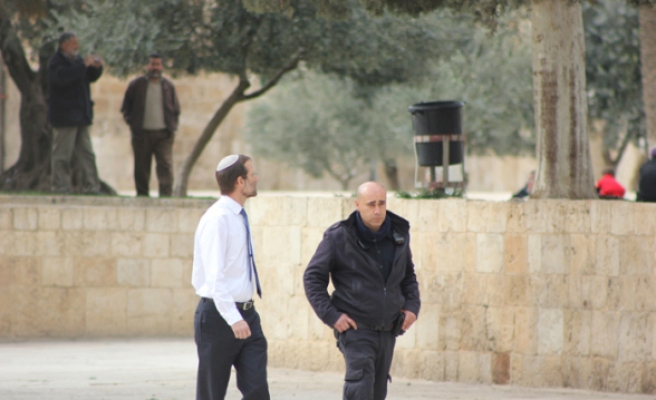 In a Wednesday interview with Israeli public radio, Hotovely, who is also a Knesset member, said Cohen should be removed from his post after "choosing to justify the massacre of a three-month-old-baby and address false plots against Jews."

Hotovely, who belongs to Prime Minister Benjamin Netanyahu's Likud Party, defended controversial visits to the holy site by Knesset members, stressing that the latter would "continue to make the pilgrimage to the Temple Mount as they wish."

Cohen, who leads Israel's domestic security service, known as Shabak, had urged Knesset members not to make any more visits to the Al-Aqsa Mosque compound – or to propose any legislation aimed at partitioning the holy site between Muslims and Jews – in order to avert "a religious war" between Palestinians and Israelis.

His request, which came at a meeting one day earlier with the Knesset's foreign affairs and defense committee, came following an attack by two Palestinians on a Jewish religious center in West Jerusalem that left four Israelis dead.

The attack was the latest episode in an ongoing wave of upheaval which has engulfed Jerusalem and the rest of the occupied West Bank for months, fueled by the abduction of murder of a Palestinian teenager and an ensuing military offensive on the Gaza Strip that left over 2,160 Palestinians dead.

Moreover, increasingly frequent intrusions by Jewish settlers and Israeli cabinet ministers and MPs into the Al-Aqsa compound while ratcheting up entry restrictions on Muslim worshippers have angered Palestinians and often led to clashes.

In September 2000, a visit to the iconic religious site by controversial Israeli politician Ariel Sharon triggered what later became known as the "Second Intifada," a popular uprising against Israel's decades-long occupation in which thousands of Palestinians were killed.