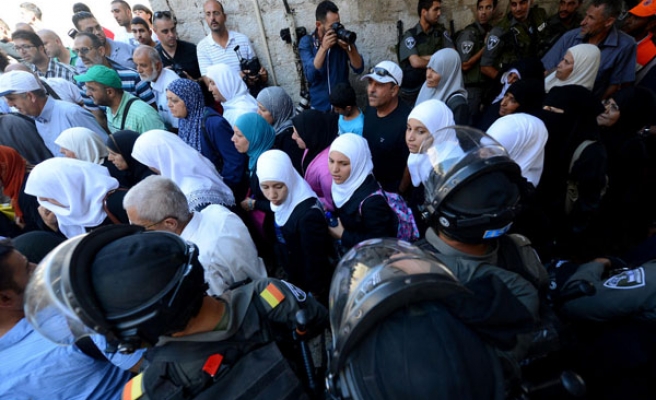 Israeli police will close off a number of roads in Al-Quds (occupied Jerusalem) for the Jewish celebration of Yom Kippur, or the Day of Atonement, the holiest day of the Jewish calendar.

"Arrangements have been taken to block some roads across Jerusalem as of 4:00 local time (1:00GMT) till 10pm (19:00GMT) on Saturday for Yom Kippur," police spokeswoman Luba Samr told Anadolu Agency

Israeli authorities have said they will deploy police, border guards and volunteer forces in Jerusalem and the Old City to provide order and the safety of thousands of Jews who will pray at the Western Wall.

Police will also set blockades in main roads and deploy forces in the city in order to prevent Arab residents from driving into Jewish neighborhoods. Forces will be deployed in mixed neighborhoods.

Israel is planning to shut its airspace on Friday and Saturday for the event of Yom Kippur.