Tension is running high in East Jerusalem since late last month, when Israel closed the Al-Aqsa Mosque compound for several hours after an extremist rabbi was injured in a drive-by shooting 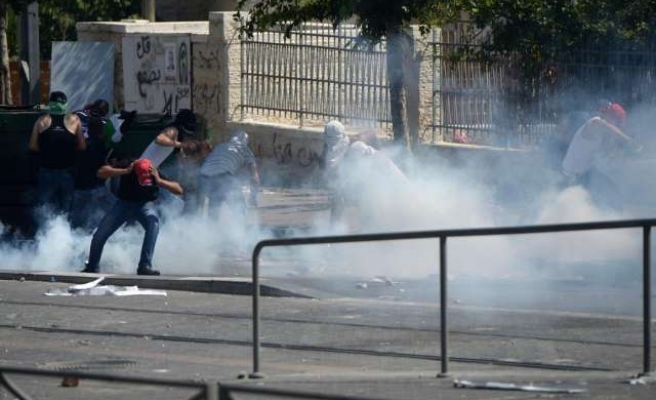 An Israeli policewoman and an Arab resident of Israel were run over on Thursday in two different incidents in central Israel.

The policewoman was run over by a car in Bat Yam city in central Israel, Israel's police said.

It added in a statement that was read out by Israeli radio that the driver of the car was arrested in Rishon LeZion, an area close to the Israeli capital Tel Aviv.

Police did not, however, disclose the identity of the driver of the car or the possible motivations behind the incident.

Meanwhile, an Israeli Arab was run over by an Israeli truck in the Arab city of Kafr Qasim in central Israel too.

The man sustained moderate injuries, but the driver ran away immediately after the accident, an Israeli police source told Israeli newspaper Yedioth Ahronoth.

He added that police are investigating whether the incident was deliberate or a just an accident.

Earlier this week, an Israeli driver had run over and killed a Palestinian man near an Israeli checkpoint in northern West Bank.

Israeli police said on Twitter that stones were thrown at its troops in the Old City, although no injuries were reported. A 12-year-old suspect, it added, had been detained in connection with the incident.

Tension has run high in East Jerusalem since late last month, when Israel closed the Al-Aqsa Mosque compound for several hours after an extremist rabbi was injured in a drive-by shooting in West Jerusalem.

Since then, 11 Israelis, including two security personnel, have been killed – and several others injured – in a spate of attacks by Palestinians, both inside Israel and in the occupied territories.