Moshe Silman, in his late 50s, suffered burns to over 90 percent of his body and had been in critical condition since setting fire to himself at the July 14 protest, 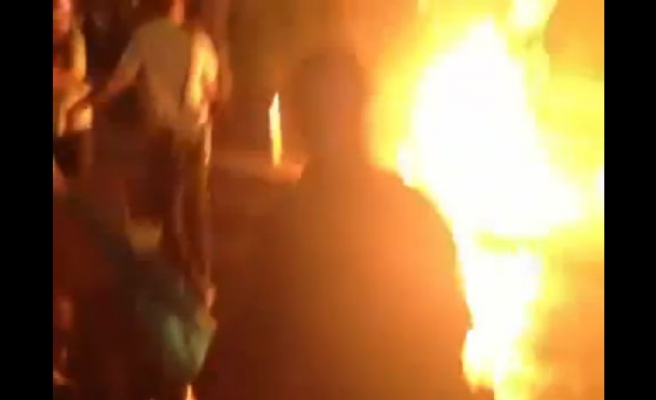 A destitute Israeli man died on Friday from injuries he suffered after he set himself alight at a demonstration for economic reform in Tel Aviv last week, a hospital spokesman said.

Moshe Silman, in his late 50s, suffered burns to over 90 percent of his body and had been in critical condition since setting fire to himself at the July 14 protest, doctors at Tel Aviv's Sheba Medical Centre said.

Family and friends said Silman owned a small haulage firm which ran into debt and he eventually lost his business. He was unable to make his national insurance payments which mounted and he was refused public housing because he had no family.

As his debts spiralled out of control, Silman became further mired in his plight and was unable to hold down a job. Shortly before he set himself alight, Silman wrote a note in which he blamed Israel and its leaders for his situation.

"I blame the state of Israel, (Prime Minister Benjamin) Netanyahu and (Finance Minister Yuval) Steinitz, the scoundrels, for the humiliation which the weak citizens suffer day to day and for taking from the poor and giving to the rich..."

A photograph of Silman's note printed in Hebrew was published Israeli newspapers.

Netanyahu described Silman's act as "a great human tragedy" in remarks he made to his Likud party ministers after it received blanket media coverage.

Silman's plight briefly raised interest in sporadic protests this year for economic and social reform. The protest however have failed to generate much popular enthusiasm compared to unprecedented large-scale demonstrations last year.

Those protests caught the government by surprise and led Netanyahu to set up a commission to propose reforms.

Some protesters tried to liken Silman to Tunisian Mohammed Bouazizi who set himself on fire in December 2010, sparking a wave of protests that grew into the Arab Spring.

In 2005 a woman who set herself alight to protest the Jewish state's withdrawal of settlers and soldiers from the Gaza Strip also died of her injuries.