Ovadia Yosef died on Monday at the age of 93. 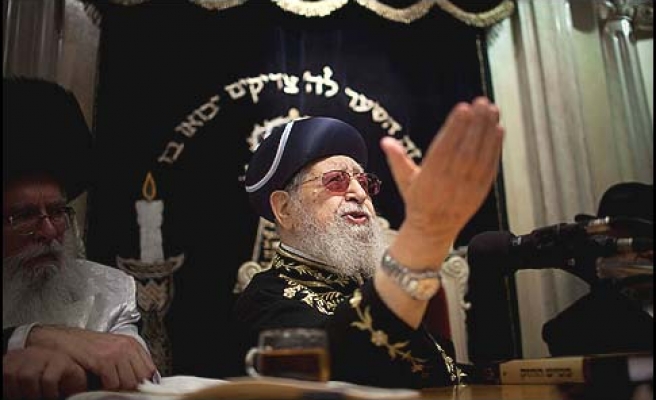 Ovadia Yosef, an Iraqi-born sage who turned an Israeli underclass of Sephardic Jews of Middle Eastern heritage into a powerful political force, died on Monday at the age of 93, a hospital spokesman said.

Dubbed Israel's Ayatollah by critics who condemned many of his pronouncements as racist - he likened Palestinians to snakes and said God put gentiles on earth only to serve Jews - Yosef was revered by many traditional Sephardic Jews as their supreme religious leader.

In the 1980s, Yosef founded the Shas Torah Guardians Party, once a kingmaker in Israeli politics. Prayer vigils had been held across Israel for the past month as the rabbi's health deteriorated.