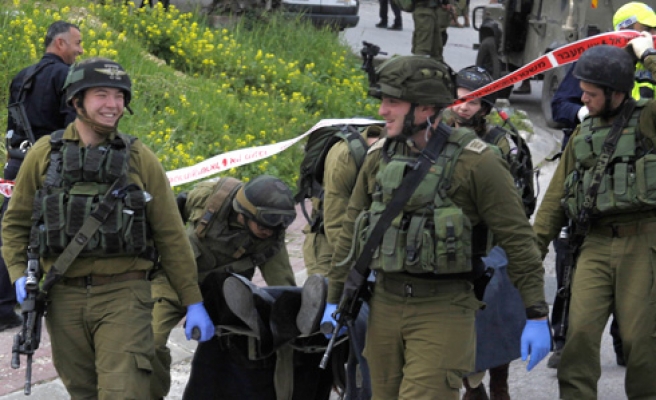 An Israeli human rights group on Thursday documented the extrajudicial killing of a young Palestinian man by an Israeli soldier in the occupied West Bank.

According to a video filmed by the Israeli Information Center for Human Rights, Abdel-Fattah al-Sharif, 21, was lying on the ground after being shot by the Israeli army in Hebron.

The group, commonly known as B'tselem, said al-Sharif was seen lying on the ground with none of the soldiers or medics present giving him first aid. The medical staff, however, provided assistance to the injured soldier although his condition was less serious, according to the group.

The video then shows an Israeli soldier, among a group of other soldiers and medics, shooting al-Sharif directly in the head from close range.

The Israeli army said in a statement that it has launched an investigation into the incident, noting that the soldier was suspended from duty until the end of the probe.