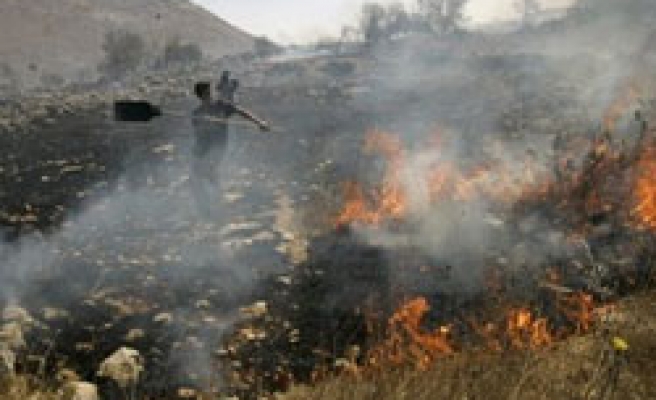 The violence began when Israeli troops removed two mobile homes set up near the Bracha settlement, sparking attacks from settlers, who hurled rocks at Palestinian vehicles at a nearby checkpoint, Palestinian witnesses said.

When the troops moved in to disperse the settlers from the checkpoint, they regrouped at the nearby village of Burin -- the scene of several previous settler attacks -- where they clashed with Palestinian villagers.

Hardline settlers in the West Bank have long pursued what they call a "price tag" policy of attacking Palestinian farms and villages to protest the military's removal of settlement outposts.

The settlers set fire to Palestinian olive trees in a reprisal for the demolitions. Palestinian fire crews deployed at the site to contain the fire.

Ahmad Dar Eid, who lives in Burin, said about 70 settlers came into the village and damaged a newly built house. Its owner and his sons scuffled with the hardline Israelis.

The Palestinians view more than 120 settlements scattered across the occupied territories as a severe threat to their ability to establish a viable independent state.