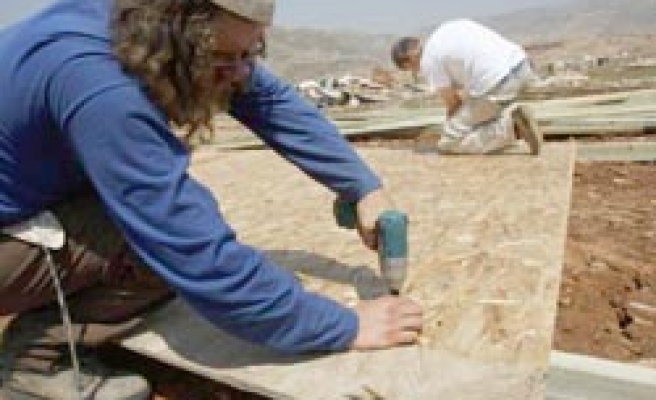 Naftali Bennett, director of the settlers' YESHA council, told Reuters settlers would begin building homes and public structures in at least 80 settlements, breaking a partial government freeze on building that ends on Sept. 26.

"The idea is that de facto it (the freeze) is over," Bennett said, criticising the U.S.-sponsored Israeli-Palestinian talks as aiming for a "phony peace" and rejecting Palestinian demands for an end to settlement building on land they want for a state.

"Once they understand Israelis are here to stay and only growing stronger day by day, they will give up," Bennett said.

Earth-moving vehicles and cement mixers went to work in several settlements on Wednesday, breaking ground for homes and community centres.

Settlement building is a key issue in negotiations starting in Washington later in the day between Netanyahu and Palestinian President Mahmoud Abbas, their first direct talks in nearly two years.

Palestinians have demanded a complete end to expansion of these settlements and which the World Court rule as illegal.

Bennett said he hoped Netanyahu would approve construction of at least 3,000 new settlements in occupied West Bank in the coming year.

Earlier, Israeli Prime Minister Netanyahu's office said there had been no change to Israeli policy, which would allow a current partial freeze on West Bank settlement building to expire at the end of this month.