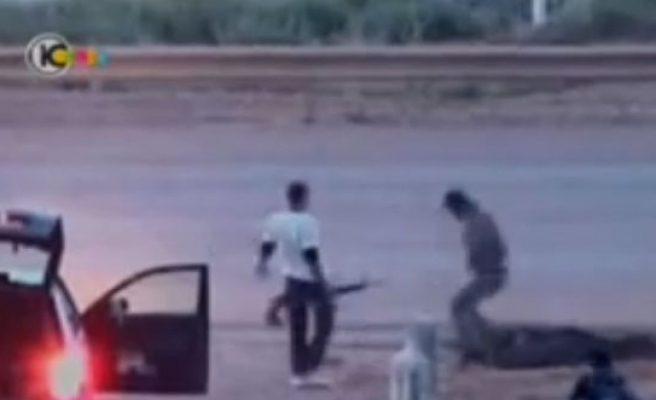 Michael Gershkowitz of the Israeli army’s Kfir brigade, “attacked a group of Palestinian workers beating three over them over and over again without mercy using his M-16 rifle,” " target="_blank">Channel 10 said in a Hebrew-language report on Tuesday.

The horrifying incident occurred in April 2009 outside the Israeli Jewish-only settlement of Petzael in the occupied West Bank’s Jordan Valley, where the workers were waiting for their employers, but the shocking footage has only just been made public.

The surveillance camera video shows Gershkowitz, who was off-duty at the time, pulled his army-issued rifle from the trunk of his car, called one of the workers over, and then attacked him repeatedly for no reason. At one point, Gershkowitz forced the worker into the car and beat him inside it.