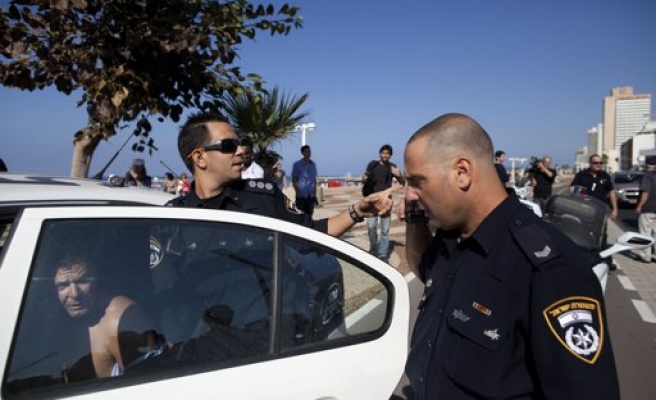 A Palestinian stabbed and critically an Israeli soldier near a Tel Aviv train station on Monday, police said.

According to Israeli daily Haaretz, the injured man was taken in serious condition to the Sheba Medical Center in the city's Tel Hashomer neighborhood.

The Israeli newspaper said police arrested the suspected attacker and identified him as a Palestinian resident of the West Bank city of Nablus who had entered Israel illegally.

He was lightly wounded in a struggle with security forces, the paper said.

The Jerusalem Post, meanwhile, reported that the 25-year-old suspect had been arrested while hiding in a nearby building.

Police are currently investigating the incident as a possible "terrorist" attack, the Post added.