An Israeli air strike has killed a Hamas military commander in the Gaza Strip and has wounded ten including a baby and an elderly woman, Hamas said. 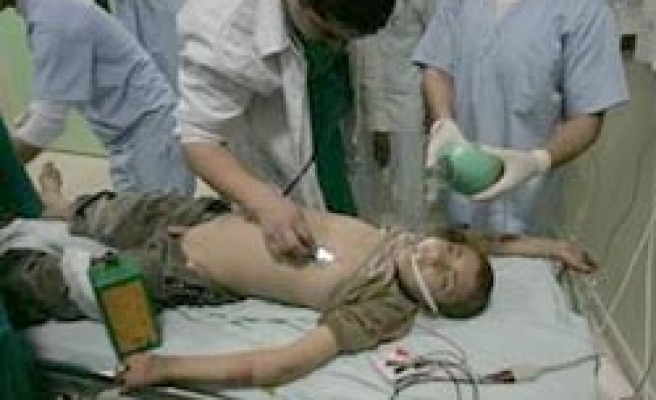 An Israeli air strike has killed a Hamas military commander in the Gaza Strip and has wounded ten including a baby and an elderly woman, Hamas said on Saturday.

Issa Batran, 40, was killed by a missile that hit his caravan in the central Gaza Strip. Israel launched air strikes on a refugee camp in Gaza on Friday. His wife and five children were also killed by an Israeli air attack, Qassam Brigates was quoted as saying by Palestine Information Center.

Hamas and Israel declared separate ceasefires on Jan. 18, 2009, but acts of Israeli air attacks and Palestinian responses have continued.

Eight others were injured in a second strike targeting the Ansar Security Compound, formerly the presidential compound in Gaza City, which caused massive damages to the buildings and nearby homes, officials said.

The compound had been evacuated in two stages, with the majority of personnel taken out in early evening, and a second cohort of 150 moved from the area only 30 minutes before the early morning strike. A skeleton staff had remained in the post.

The series of strikes, the most destructive in months, came after Israeli officials reported the launch of a rocket from Gaza which landed in the city of Ashkelon and cause minor "property damage" to the city. No militant group in Gaza has claimed to be behind the firing.