“It hurts our people’s feelings, and we may have to boycott the product,” one Israeli warned food giant Strauss. 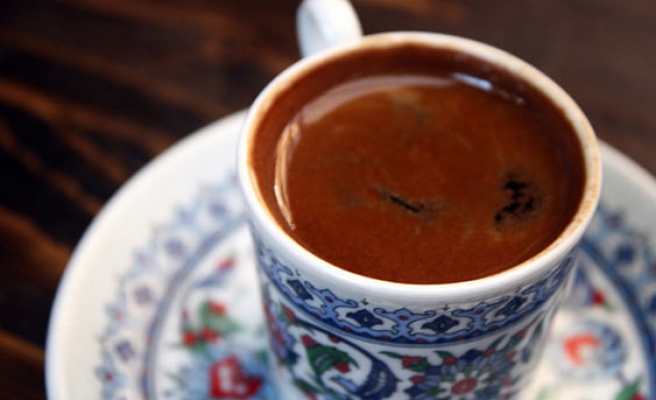 Israelis have been petitioning food giant Strauss to rename their Elite Turkish Coffee in protest against Turkey, which has been the most outspoken nation against Israeli aggressions in Gaza.

Israel’s Channel 2 News reported on Tuesday that a campaign had been started on Facebook demanding the name to be changed, with one complaint stating “What’s ‘Turkish’ about the coffee? The beans aren’t from there, and it’s produced in Israel.”

“Nowadays, I’m really disgusted by anything connected with Turkey,” wrote another Israeli on the firm’s Facebook page.

One user suggested alternative names saying, “It’s high time to change the name of the coffee to ‘Black/Israeli/Flavorful/Wonderful’ and so on – just not Turkish!”

“It hurts our people’s feelings, and we may have to boycott the product,” warned another.

Strauss said the term “Turkish” referred only to the method of grinding the beans and not their origin, that the beans themselves came from Ethiopia, Columbia and Vietnam.

However, the coffee has been packaged in a factory in Lod, Israel, since the year 1963.

Turkey's president-elect Recep Tayyip Erdogan recently criticized Israel's offensive in Gaza, comparing it to atrocities carried out by Adolf Hitler during World War Two when he recently said: "Israelis curse and swear about Hitler day and night for the Holocaust, but now the terrorist state of Israel has surpassed Hitler with its atrocities in Gaza."

Erdogan specifically condemned Ayelet Shaked, a far-right Jewish Home party representative in the Israeli Knesset (parliament), after she called for the massacre of Palestinian civilians, comparing her comments to the mentality of the Nazi Germany leader Adolf Hitler.

However, Erdogan did make it cleat that “Turkey’s anger and disgust is against the oppressor Israel, not the Jewish people," warning his supporters against taking their anger out on the country's Jewish population.

"I don't approve of any (bad) attitude towards our Jewish citizens in Turkey, despite all this. Why? They are the citizens of this country," he said.

Erdogan's comments led Israeli Prime Minister Benjamin Netanyahu to call him an anti-Semite, while the Jewish American Congress demanded that he return an award that was given to him in 2004 after accusing him of using "dangerous rhetoric" and "inciting violence against the Jewish people," all the while describing him as the "most virulent anti-Israeli leader."

Erdogan responded that he would be glad to return the award, adding that he was a leader who has proclaimed to the world that anti-Semitism is a "crime against humanity" while stating that he had "developed a close relationship" with the 17.000-strong Jewish community in Turkey.

In a speech last week, Erdogan slammed accusations of him being an anti-Semite, saying "When Muslim children are being killed, the West deems it legal, but when we speak out against the terrorist state of Israel we are called anti-Semite. What kind of an injustice is that?"

Back in 2004, Jewish American Association president Jack Rosen had referred to Turkey as "a model of Muslim democracy – one that can have a profound impact helping to spread the concept that nations with a Muslim heritage can adopt modern political values."

The US also slammed Erdogan's comparison, saying that such comments “hurt Turkey’s standing in the world,” also describing the comments as“offensive and wrong.”

Meanwhile, the Israeli Foreign Ministry advised Israelis to "avoid non-essential visits" to Turkey after pro-Palestine protests broke out in front of the Israeli embassy and consulate in Ankara and Istanbul.