"Israeli authorities are trying to preempt any support for the Aqsa Mosque at this critical stage, in light of ongoing turmoil in Egypt and Syria," said the deputy head of the Islamic Movement. 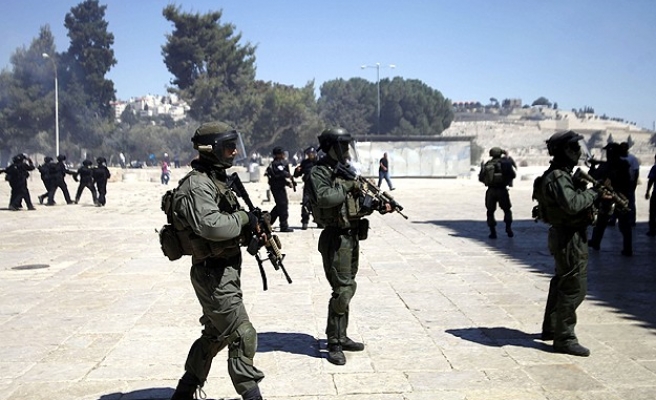 Deputy head of the Islamic Movement in Israel Kamal al-Khatib has denounced his Tuesday arrest by Israeli authorities as "illegal and unethical."

In a Thursday statement, al-Khatib said the move "aims to sideline whoever defends Al-Quds [occupied East Jerusalem] and the Aqsa Mosque."

Al-Khatib, along with movement leader Ali Abu Sheikha, was recently banned by an Israeli court from entering Al-Quds until the end of September.

The two men were arrested on Tuesday on charges of inciting "riots" inside the Aqsa Mosque complex and fanning anger against Israeli authorities.

Al-Khatib said Israeli authorities "have no legal justification for restricting our movement."

"Israeli authorities are trying to preempt any support for the Aqsa Mosque at this critical stage, in light of ongoing turmoil in Egypt and Syria," he said.

Egypt has been in political tumult since the July 3 ouster of elected president Mohamed Morsi by the powerful army.

Syria, meanwhile, has been in a state of near-civil war since March, 2011. More than 100,000 people are said to have been killed in the conflict so far and millions displaced.

The Islamic Movement in Israel is devoted to advocating Islam among Israeli Arabs.

Israel considers the movement a "dangerous group" and has tried to ban it, but decision-makers have warned that such a move could simply force the group underground.