The document leaked to Al Jazeera makes clear that the Mossad's formal assessment of Iran's nuclear capacity and intentions differs from the scenario outlined by the prime minister at the UN. 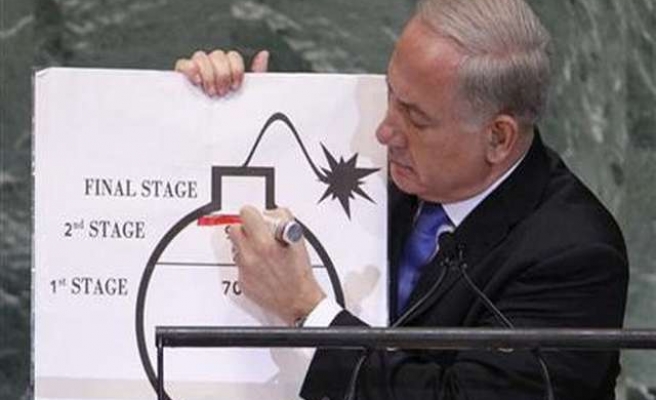 Israeli PM Benjamin Netanyahu's 2012 statement at the UN, in which he warned the world of Iran being too close to making a nuclear bomb, allegedly Israel's intelligence service believed that Iran was "not performing the activity necessary to produce weapons."

Netanyahu famously declared to the United Nations General Assembly in September 2012 that Iran was 70 percent of the way to completing its "plans to build a nuclear weapon," and drew another "red line" at 90 percent, claiming Tehran's first bomb would be ready "by next spring, at most by next summer."

According to Spy Cables – a cache of hundreds of leaked secret intelligence papers from all over the world, published by Al Jazeera's Investigative Unit in collaboration with the Guardian newspaper- at the time of Netanyahu's statement, Israel's intelligence service concluded that Iran was "not performing the activity necessary to produce weapons," estimating that Iran had 100 kilograms of uranium enriched to a level of 20 percent.

Writing that Iran had not begun the work needed to build any kind of nuclear weapon, the Mossad cable said the Islamic Republic's scientists are "working to close gaps in areas that appear legitimate such as enrichment reactors".

According to the Al Jazeera, that view tracks with the 2012 US National Intelligence estimate, which found no evidence that Iran had thus far taken a decision to use its nuclear infrastructure to build a weapon, or that it had revived efforts to research warhead design that the US said had been shelved in 2003.

Netanyahu plans to address the US Congress on March 3 and warn against the nuclear compromise currently being negotiated between Tehran and world powers.

Media reports and public comments by senior current and former officials have frequently indicated dissent from within Israel's security services over Netanyahu's alarmist messaging on Iran.